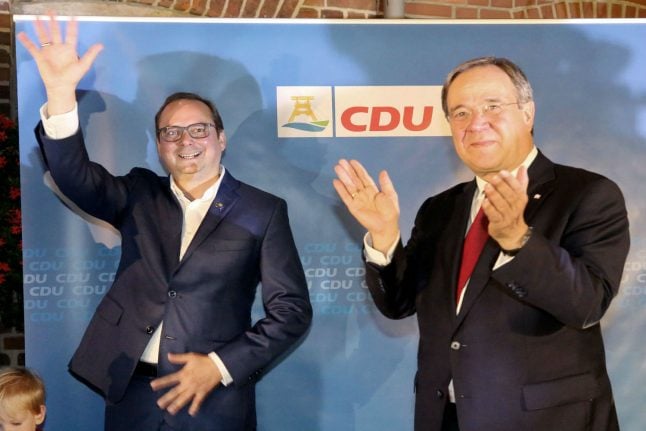 State premier Armin Laschet, who is running to replace Angela Merkel as she steps down as Chancellor in 2021, said on Monday in Berlin that he had “tailwind” for his “moderate course”.

After their record result, the Greens of North Rhine-Westphalia (NRW) said that they are “no longer appendages of other parties,” their state chairperson Mona Neubaur told DPA.

For the centre-left Social Democrats, on the other hand, the elections brought the historically worst result in the history of NRW state elections.

So what were the results?

According to the preliminary results, the CDU won 34.3 percent of the vote in the elections for city councils, municipal councils and district councils – 3.2 percentage points less than in the last elections 2014.

The Greens increased their share of the vote by 8.3 points to 20 percent, their best result in a local election in NRW. The Free Democrats (FDP) increased slightly to 5.6 percent.

The far-right Alternative for Germany (AfD) came in at five percent – 2.5 percentage points more than in 2014 – and bringing them a parliamentary seat.

The Left Party, with 3.8 percent, remained 0.8 points below the 2014 result. The other parties and voter groups came in at seven percent.

What does this mean going forward?

Laschet evaluated the electoral success of the CDU as recognition for a “measured path in the pandemic”.

Many did not expect a victory of the CDU “on this scale” in a state that had been governed by the SPD for 50 years.

Still, Sebastian Hartmann, head of the SPD in North Rhine-Westphalia, stressed that his party had done better than many polls had predicted. He called on the party to concentrate its strength now on important run-off elections.

At least there was some consolation for SPDs from the Ruhr area on what was, on the whole, a bitter evening for them: in Bottrop, SPD mayor Bernd Tischler held on to his office with 73.1 percent of the vote.

In Bochum, SPD politicians Thomas Eiskirch was re-elected with 61.8 percent of the vote.

How will the CDU and Greens use their success to cooperate?

The Green party were elected to the city council in Cologne, the largest city in the state – as well as in the university cities of Bonn and Münster.
In several other cities and districts they are now the second strongest faction and could form powerful majorities with the CDU.
“The Greens are not just some small alliance party at the municipal level,” Düsseldorf political scientist Stefan Marschall told DPA on Monday, “but have become a key party that is difficult to get around when it comes to forming cooperations and alliances”.
This is a new role for the eco-party in NRW, and one that is likely to be followed with great interest nationwide.
Since the 2017 federal elections they have jumped from their 8.9 percent result in the polls to 19 percent.
READ ALSO: 'Younger and more eastern': Green party boosts record membership