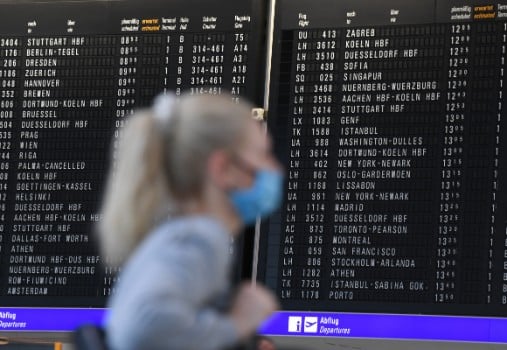 The world is not yet opening up. Photo: DPA

It sounds like a big step back towards normality: the German government has decided to return to a system of issuing travel advice for every country in the world after months of having a sweeping travel warning for everywhere outside the EU and UK in place.

The new rules will apply as of October 1st.

But what does this mean for you? If you are Indian, can you go back to visit family. Can Americans go on holiday back to their homeland? And when you get back, will you have to go through a period of quarantine?

Firstly, a travel warning is just that, a warning. The German government cannot stop you from travelling to any country you choose to.

Where you will likely have problems is at the border to your destination. Many countries, the USA included, are not letting anyone other than their own citizens enter their territory at the moment.

Nonetheless, the Local followed up with the government to try and get some answers.

No change for risk areas

The first thing that the Foreign Ministry made clear was that countries which the Robert Koch Institute (the German public health agency) has classified as risk areas will still have a travel warning hung on them.

This rules out A LOT of countries. The RKI lists too many countries as risk areas to name them all. For a full and current list, see here.

The very few countries that are not listed as risk areas include Australia, China, Vietnam, Thailand, New Zealand, Canada and Japan.

The United States, India, Mexico and South Africa are just some of the countries that will continue to be issued with a travel warning unless their rates of new infection drop below 50 per 100,000 people in a seven-day period.

There are even parts of Europe now considered risk areas. These include the Czech capital, Prague, the cantons of Geneva and Vaud in Switzerland, and four regions of France.

Anyone coming to Germany from one of these countries or regions will be subject to coronavirus test and a period of quarantine, the RKI states.

What about the few countries around the world that are not considered risk areas?

The Foreign Ministry had this to say: “For countries, which are not classified as risk areas, massive travel restrictions or quarantine requirements for entries from Germany still apply.

“For these countries we will probably lift the travel warning, but at the same time very urgently advise against travel there.”

Germany is currently in talks with Japan, South Korea and China on a deal where both sides would lift the quarantine rules.

What does all this mean?

So, there is a possibility that as of October 1st it will be easier for residents in Germany to travel to a few Asian countries with low infection rates.

The Foreign Ministry also states that: “For the remaining countries which are not risk areas and for which there are no restrictions on quarantine or entry and exit, we will be able to lift the travel warning and advise special caution.”

It is already possible for people to travel to Germany from Tunisia, Uruguay, New Zealand, Australia, Georgia, Thailand and Canada without restrictions.

Speaking at yesterday’s press conference, Foreign Ministry spokeswoman Maria Adebahr cautioned that “as things stand today, the pandemic situation worldwide is currently developing for the worse rather than for the better.

“There will probably be little change for travellers in terms of the information we provide.”

SEE ALSO: 'Insane adventure: what it's like travelling to Germany from a risk area