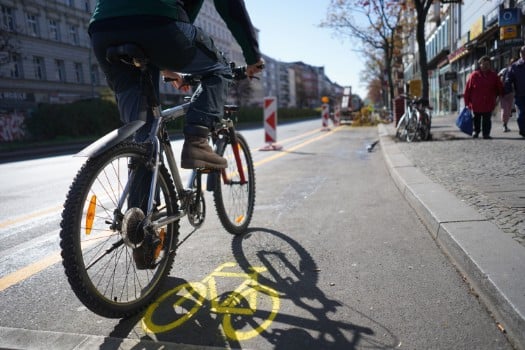 A cyclist on a pop-up lane in Kreuzberg. Photo: DPA

The Berlin administrative court agreed with an urgent motion filed by the far-right Alternative for Germany (AfD), which argued that the bike lanes did not confirm with German traffic law.

In its ruling the court said that the city had failed to provide evidence that the streets on which the lanes were erected were dangerous for cyclists.

It also criticised Berlin’s ruling left-wing government for using the pandemic as a justification for building the lanes, saying that this was “not a traffic relevant consideration”.

SEE ALSO: 10 rules and tips for cycling safely in Germany

The city has appealed against the decision. It is unclear is whether the court will allow the lanes to remain in place until the appeal has been heard by a federal court.

Where are the bike lanes?

The eight lanes which are affected are primarily in Kreuzberg and Charlottenberg.

Dozens of “pop-up” bike lines were created across the city during the coronavirus lockdown. Simply demarcated by yellow paint and bollards, the lanes provided ample space for cyclists on key routes through the city. The speed with which they were erected proved wildly popular with cyclists. But opponents claimed at the time that the coalition of centre-left Social Democrats (SPD), Greens and Linke was using the pandemic to push through a traffic agenda that it had been advocating before the covronavirus came to Germany.

Responding to the court ruling, AfD politician Frank Scholtysek said “this is a victory for individual mobility against car hatred. We’re delighted that the court put this left-wing ideology in its place.”

Questions will now be asked over why the Senate did not attempt to establish the risks for cyclists on the specific streets that the lanes were built.

So far this year, 14 cyclists have died on the streets of Berlin. Those who prefer two wheels to four have long complained about poor safety on the capital’s roads. Cyclists often take to the streets in “critical mass” demonstrations to protest for better road safety.

Many cyclists had hoped that the lanes would be made permanent after the pandemic is over.

At the same time, critics of the pop-up lanes say they have led to log jam for drivers.

Oliver Friederici of the centre-right Christian Democrats (CDU) told Tagesspiegel newspaper that he saw daily traffic chaos on Kantstraße after a pop-up bike line was built there.

“Cycling increased during the pandemic but car traffic did not decrease,” he said.

The German car association, ADAC said it hoped the dispute would not lead to increased tensions between cyclists and drivers.

“The senate’s defeat should not be used to further deepen the ideological fronts between cyclists and drivers,” it warned. 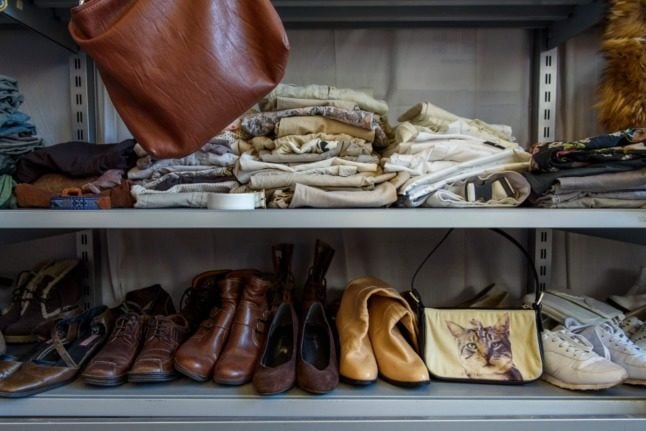