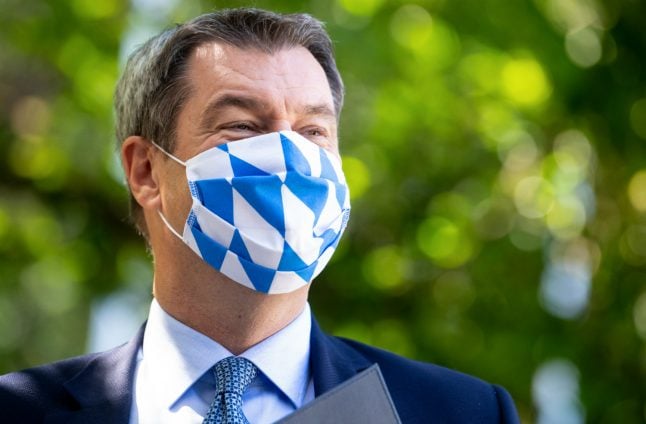 State premier Markus Söder, of the Christian Social Union (CSU), the sister party of Angela Merkel's CDU, announced on Tuesday that the state will scrap the coronavirus test centres on motorways at the border, as well as in Munich and Nuremberg train stations.

According to the cabinet, testing capacity that becomes free will instead be diverted “on demand” to other test centres such as those in districts and cities.

However, the test stations at Munich, Nuremberg and Memmingen airports will remain in place.

The test hubs earmarked for closure will shut by the end of the summer travel season on September 30th.

It comes after repeated complaints about delays in getting coronavirus test results. Bavaria came under fire when it emerged in mid-August around 44,000 out of 85,000 people hadn't yet been told of their results over a week after being tested.

Among the results were at least 900 positive tests. The state government said that problems with the manual input of data and a high uptake of the service was to blame for the delay.

READ ALSO: What you need to know about Bavaria's testing fiasco

'Over five days to get our test results'

The Local Germany reader Scott McLaughlin, based in Munich, told how he had to wait more than five days to get results for him and his family after a roadside test. Authorities had reassured him that test results would be available in one to two days.

The family was returning from the south of France, which became a high risk zone at the end of August while they were still there.

“There were no testing facilities along the A96 on our way home to Munich, and we had heard conflicting reports about whether people without a train ticket could be tested at Hauptbahnhof,” McLaughlin told The Local.
“So we ended up driving about an hour and a half out of our way to be tested off of the A93 near Brannenburg. While the test itself was easy and we were back on the road in under 20 minutes, it took over five days for us to get our test results.  I've never checked my email as frequently as I did during those five days, awaiting the news that we could be released from our home prison.”
McLaughlin and his family were glad to receive negative results.
On Tuesday Söder defended the Bavarian testing strategy. “The test strategy was absolutely important and right,” he said.
He added that tests would remain free of charge in future.

What else is new in Bavaria?

At outdoor gatherings, compulsory face coverings are to become a regular feature in Bavaria as early as this Wednesday, September 9th. The obligation will take effect with events with 200 people or more, the cabinet decided.

And those who've been missing Kneipe (pub) culture in Bavaria can mark this date in the calendar: from September 19th, bars and pubs will be allowed to open again under strict conditions.

According to the cabinet decision, pubs and bars will have to stick to the same rules as restaurants. In restaurants staff have to get the contact details of customers so they can be informed if there is an outbreak. Face masks are also required when people are away from their table.

In bars, table service will also have to be in force. Clubs, which Söder called “infectious bombs” will have to remain closed.

Up until this point, beer gardens or pubs with outdoor areas have only been allowed to open.

Also from September 19th amateur football and other sporting events can go ahead.

Bavaria has implemented stricter coronavirus rules compared to other states in Germany as it is the region hardest hit by the pandemic.