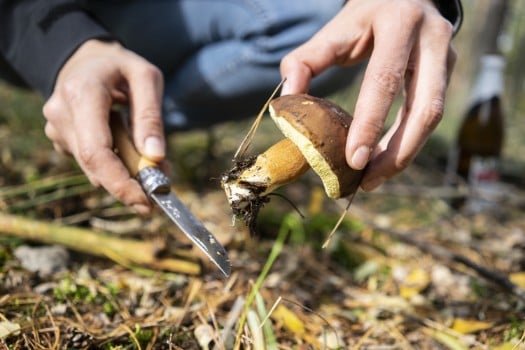 “It looks really good”, said Andreas Kunze from the German Society for Mycology in the Swabian town of Donauwörth.

“The mushroom season is now starting slowly because it is more humid,” added Götz von Bülow, head of the Schönbuch forest district in Dettenhausen (Tübingen district). Then the mushrooms start to unfold their life.

According to Kunze, there has already been a good pre-season in Bavaria in June. Now the main season begins, which continues up until the first longer night frosts. In the two previous years, it started much later due to the drought.

MUST READ: Child hospitalized after father feeds her magic mushrooms

Everyone is allowed to pick mushrooms in the forest, but the authorities warn against too much passion for picking.

Nature reserves, avalanche forests or fenced-in protections in which young trees are planted are also taboo.

“Chanterelles should not be collected in Baden-Württemberg if at all possible,” said Karl-Heinz Johe, a mushroom expert from the Nature Conservation Association (Nabu).

In this state, the orange mushroom is in sharp decline. For reasons of nature and species protection, upper limits also apply, said a spokeswoman for the main customs office in Lörrach. As a rule, a maximum of one kilogram per day and person may be collected. Also only specimens that can be identified should be collected. The experts warn beginners against determining mushrooms solely on the basis of books and apps.

Instead, they recommend presenting the finds to a mushroom expert, as some poisonous mushrooms can only be distinguished from edible mushrooms with a trained eye.