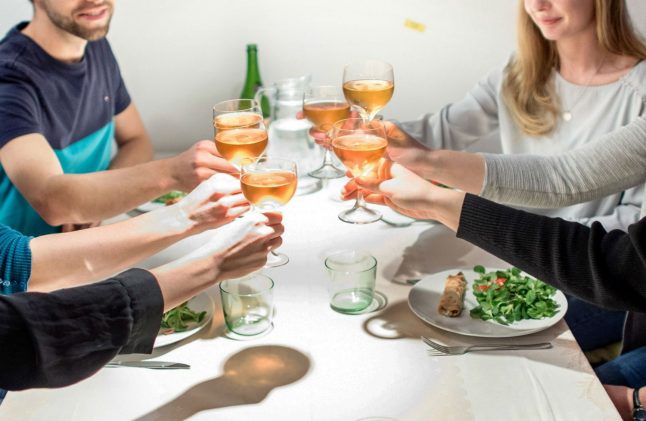 Fear not – this is a common experience for many language-learners. The German you’ll read in your textbooks is not the same as the German you’ll hear on the street, so here’s a list of seven important differences to help you hit the ground running.

German is notorious for its difficult word order, with subordinating conjunctions such as da and weil sending the verb to the end of a clause and tying non-native speakers in knots.

Whilst the importance of correct word order will be drilled into you in language classes, you’ll often find Germans themselves shirking the rules.

Sentences with multiple clauses can prove difficult even for native speakers, who will often opt to keep the verb where it is rather than sending it to the end.

I spent the whole day in bed yesterday because I was so tired.

Germans will also often play with word order to emphasise certain aspects of the sentence, even if it is not technically grammatically correct.

I am cleaning the house at the moment.

When Germans tell stories or speak about what they got up to last weekend, you’re much more likely to hear the present perfect rather than the preterite.

With the exception of some verbs, such as haben or sein, many native speakers would find it strange to speak with the preterite in everyday life.

If you’re in doubt during a conversation, opting for ich bin gefahren (I went) rather than ich fuhr will always be a safe bet.

READ ALSO: Eight of the most common (and funniest) mistakes German learners make

The case system in German can take years to master, and learning the correct uses of the dative and genitive can be a particular sore point for many non-native speakers.

Come to Germany, however, and you’ll see many Germans making the same mistakes on a daily basis.

The genitive case is being used less and less in spoken language, with many simply replacing it with the dative equivalent.

Take the preposition wegen, for example: technically this word should be followed by the genitive case, but you’ll often hear wegen dem Wetter (due to/as a result of the weather) instead of wegen des Wetters in everyday conversation.

A similar phenomenon occurs with the possessive genitive:

For many Germans, using the genitive when speaking now feels unnatural and stilted – in fact, this ‘mistake’ has become so widespread that many Germans now mix their cases up when writing.

Much like in English, Germans are also partial to shortening words where possible. So much so that it’s not uncommon to hear multiple abbreviations within the same sentence.

Popular Abkürzungen (abbreviations) include the shortening of articles, for example eine to ‘ne, or the merging of words such as fürs for für das.

I need a computer for my studies.

It was a great experience! Books on display from the the Brothers Grimm at the Grimmwelt museum in Kassel. Photo: DPA

Similarly, Germans will often drop the letter at the end of a verb, losing the ‘e’ sound to make a sentence flow more smoothly.

Verbs in the plural form can also be shortened, with wir gehen (we go) becoming wir geh’n and sie sehen (they see) becoming sie seh’n.

Spoken German is also littered with small words that are incredibly difficult to translate but very important to help understand the context of a sentence.

What is more, the intonation used when pronouncing these filler words is key to interpreting the tone of the speaker, meaning they don’t work as well when written on the page.

One of the most common of these is halt – it comes from the verb halten (to stop), but is often used to add ‘colour’ to sentences, to express a tone of resignation or to buy time when someone is unsure of what to say, just as with ‘like’ or ‘just’ in English.

Other untranslatable modal particles include doch, eben and mal – whilst they can originally be confusing, language learners soon get a feel for when they should be used.

You didn’t send me a message!

The thing is that I still make so many mistakes when I speak.

Should we hang out together soon?

Last but not least are the widely used slang words that pepper everyday speech, especially amongst young people.

Many slang terms vary from region to region, but they’re much more common in spoken language than in written language as they suggest a degree of informality.

Words such as krass and geil can be used to show you’re impressed by something, whilst the question Na? has become a common colloquial greeting across Germany.

Want to sound like a true native when you speak? For a deeper look at German slang, visit our guide here.