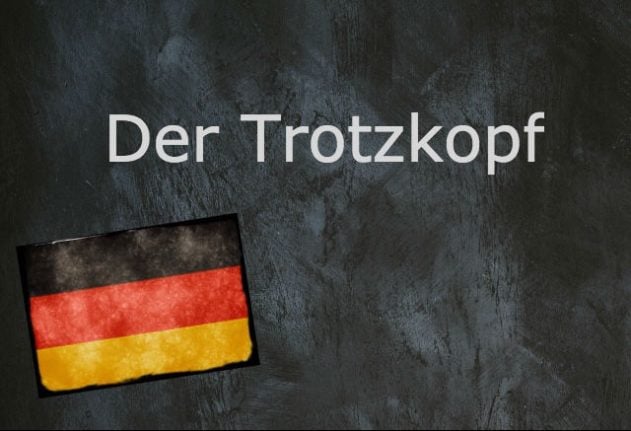 Most of us enjoy a good discussion or debate from time to time, but when somebody is stubbornly set on their point of view, it can cause difficulties. This person might be described as a “Trotzkopf”.

“Der Trotzkopf” can be broken down into two nouns – firstly “der Trotz”, meaning defiance, and “der Kopf”, meaning head. So, literally translating to “defiance head”, this expression refers to someone very stubborn and set in their ways. In psychology, children are referred to as being in the “Trotzphase” (‘defiance phase’) between the ages of two to four. With this in mind, the word 'Trotzkopf' supposedly describes anyone who hasn’t quite yet grown out of this stage of life.

A novel by 19th-century German writer Emmy von Rhoden also uses the term as its title. The story became a huge success after von Rhoden’s death, and tells the tale of a very stubborn 16 year old girl.

Don’t be so stubborn!

He is a very stubborn person, and because of that they have a lot of arguments.

People with the star sign Taurus are notoriously stubborn.