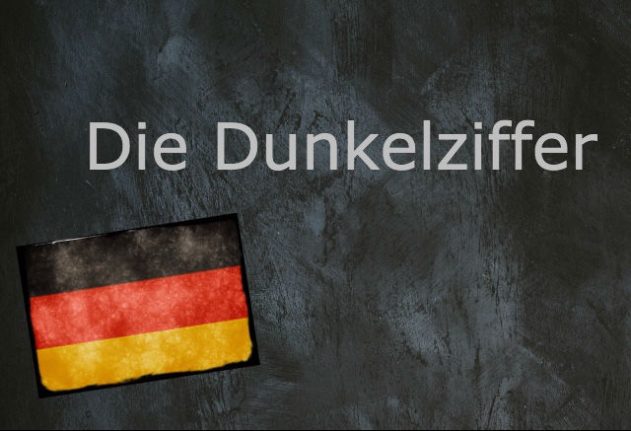 Governments across the globe have been carefully tracking coronavirus infections for months – but what about those cases that manage to slip under the radar?

The German language has an exact word for this all-important figure – “Dunkelziffer.”

The term, which literally translates as “dark number”, is used to refer to unreported cases that don’t form part of official statistics.

READ ALSO: The German vocab you need to understand coronavirus

Its use is not limited to disease outbreaks, either – it is often utilised in the context of criminal cases that are never declared to the police or car accidents that aren’t reported to insurance companies.

The gap between published figures and the estimated number of actual cases can often call the reliability of official statistics into question – a high “Dunkelziffer” of unreported robbery cases, for example, would be cause for concern amongst authorities.

In 2014, 149,500 cases of burglary were reported to the police, but the number of estimated cases is most likely much higher.

The estimated number of cases amongst returning holidaymakers is still very high.