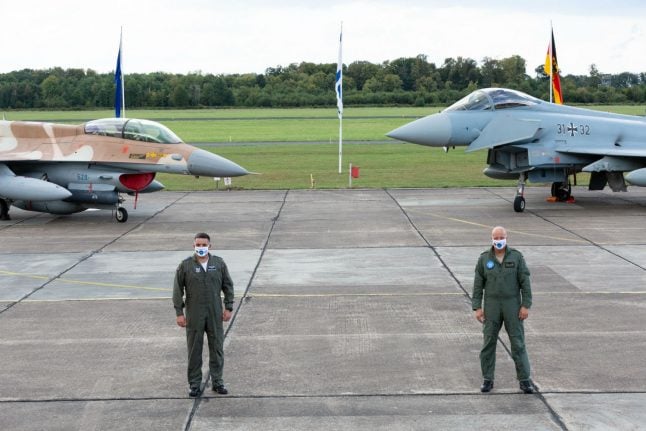 A formation of fighter aircraft, including Israeli Air Force F-16s and Eurofighter jets from the German Luftwaffe, will also overfly the nearby Fürstenfeldbruck airbase to commemorate the massacre at the 1972 Munich Olympics that left 11 Israelis dead.

The aerial tributes will be the highlight of two weeks of manoeuvres that
will see Israeli air forces train on German soil for the first time.

READ ALSO: 'Linked by a unique relationship': What Merkel hopes to accomplish in her Israel visit

Because of the coronavirus pandemic, it is the only training mission the Israeli Air Force (IAF) is conducting abroad this year.

Luftwaffe chief Ingo Gerhartz in a statement called the joint exercise “a sign of our friendship today”.

He said it was also a reminder that Germany has an enduring responsibility “to fight anti-Semitism with the utmost consistency” because of its Nazi past.

The IAF said the mission, which runs until August 28th, will give its pilots a chance to practise in unfamiliar surroundings and will include simulated dogfights, air-to-ground battles and missile threats.

Israeli pilots will also take part in aerial manoeuvres with Germany and other NATO members during the deployment.

Germany and Israel have stepped up their military cooperation in recent years, with the Luftwaffe taking part in joint exercises in the Israeli Negev desert in 2019.

But the landmark Israeli visit to Germany is heavy with history. Tuesday's commemorations will start with a joint fly-past over the Fürstenfeldbruck airbase outside Munich where nine members of the 1972 Israeli Olympic team were killed in a shootout after being taken hostage by Palestinian militants.

The gunmen had earlier already shot dead an Israeli coach and athlete at the Olympic Village.

They were murdered “by a common enemy of Israel and Germany: terror”, an Israeli air force officer who asked to be identified only as “Major T” told AFP.

The German and Israeli jets will then continue on to nearby Dachau where they will fly low over the Nazi death camp that was built in 1933 and served as a model for other concentration camps.

More than 40,000 Jews were killed at Dachau during World War II.

It will be “a very moving event for everyone”, said Major T, whose own grandfather was a Holocaust survivor.

The flyover will be followed by a wreath-laying ceremony at Dachau to be attended by IAF commander Amikam Norkin and his German counterpart Gerhartz, as well as German Defence Minister Annegret Kramp-Karrenbauer and the Israeli ambassador to Germany, Jeremy Issacharoff.

An Israeli officer, the grandson of a Dachau survivor, will give a speech.

The homage comes as Germany grapples with an upsurge in anti-Semitic and far-right violence, 75 years after the defeat of the Nazi regime.

READ ALSO: Past 'evils' are returning, Germany and Israel warn at Holocaust event

In the eastern city of Halle last year, a neo-Nazi shot dead two people after trying but failing to storm a synagogue.

In June, Kramp-Karrenbauer ordered the partial dissolution of Germany's elite KSK commando force after revelations that some of its members harboured neo-Nazi sympathies. 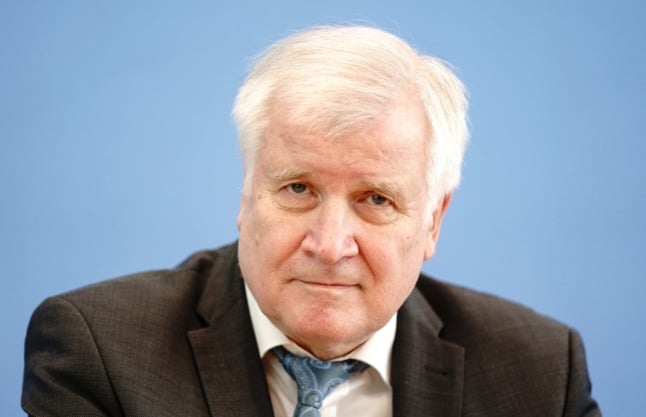