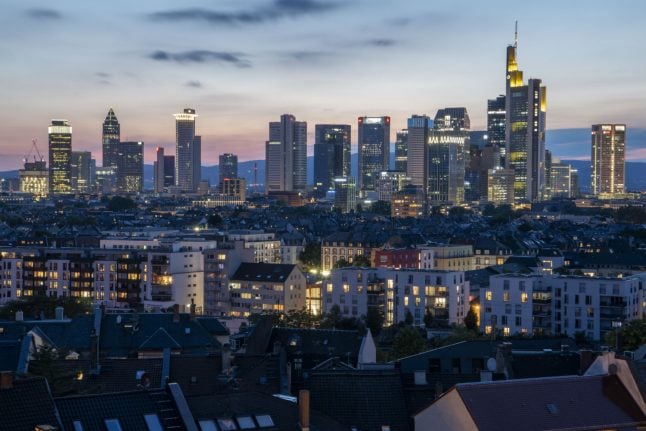 Ever dream of owning your own home in Germany? Well, sadly, it has become more expensive since the beginning of the pandemic.

In the second quarter (April to June), condominiums were on average 1.3 percent more expensive than at the beginning of the year. Compared to the second quarter of 2019, the increase was 5.9 percent. That's according to Research and Consulting Company for Housing, Real Estate and the Environment (F+B), which Spiegel reported on Monday.

Surprisingly, the price increase for single and two-family houses was even higher than that of apartments. Compared to the previous quarter, the prices of houses increased by 2.9 percent – and even by nine percent year-on-year.

This is unusual because prices for condos in Germany have almost always risen much faster than those for houses over the past 10 years.

“In view of historically unparalleled low lending rates, it seems to be more economical for many buyers to invest in owner-occupied properties instead of renting,” said F+B Managing Director Bernd Leutner.

READ ALSO: Housing in Germany – here's where demand and prices are soaring

It is not known for definite whether the sharp rise in the price of single-family homes is due to increased demand resulting from the coronavirus crisis, for example because families are looking for more space and gardens – but it could be a factor.

The F+B Residential Index measures the rent and price developments on the German real estate market. The index is based on the supply data of more than 30 million properties throughout Germany.

Unlike homes, rents have hardly risen at all in the past two years. Even in the second quarter, there was only a minimal increase in new contract rents, researchers found. Compared to the previous quarter, rents rose by 0.4 percent and by one percent year-on-year.

Rents for existing properties rose by 1.3 per cent year-on-year. “On a national average, the increase in rents is therefore manageable,” said Leutner.

There could be major problems looming for Berlin tenants

The controversial rent freeze came into force on February 23rd this year which resulted in lower rents for many tenants. But experts say it could be overturned at any moment, leaving tenants liable to pay pack the difference.

The core issue being debated in courts is whether the state of Berlin is allowed to legislate in this area. If the Constitutional Court overturns the rent cap, many tenants in Berlin will face paying back huge amounts, according to F+B.

Due to the still unclear legal situation, there is currently a split rental market in the city. There are “shadow rents”, i.e. “the market rents”, which are usually higher than the price of the rent cap.

And on the other hand, there's the “official” rent costs corresponding to the rental price cap. The research company analysed the advertised rental apartments before and after the law came into force and “observed the existence of two rent indications in one and the same apartment advertisement”.

This is often associated with the remark that “the landlord reserves the right to retroactively claim the difference between the rent cover rent and the market rent”. The tenant has to agree to this in the rental contract.

According to F+B the difference is clear to see: for 3,133 apartments offered between February 23rd 2020 and June 30th, F+B assumes a capped average rent of €7.05 per square meter

“The longer the decision drags on, the greater the threatening additional claims,” says F+B managing director Leutner. At the same time, the massive difference in costs shows the advantages of the new rent freeze for tenants.

In any case, a quick clarification would be in the interest of all parties involved, said the research firm.

Despite receiving the support of Berlin's state parliament, the law is opposed by Germany's federal government which argues that regulating housing costs is a federal rather than a state matter.