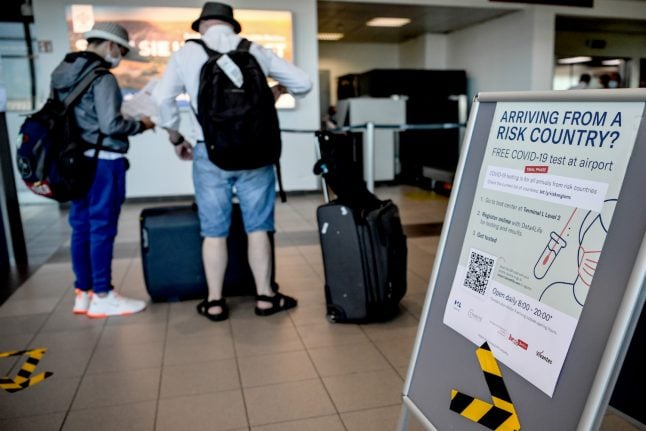 Having announced the measure last week, minister Jens Spahn said it would take effect from this weekend, as fears grow over rising case numbers blamed on summer holidays and local outbreaks.

“It is already the case that travellers from risk zones are obliged to either go into a two-week quarantine or provide an up-to-date negative test result,” he said at a press conference Thursday.

From Saturday, “travellers entering Germany will have to bring a test result with them or be tested on arrival”, he added, confirming once again that the tests would be paid for by the government.

The Health Minister also spoke about the “worrying” rise in infections in Germany. The latest figures from the Robert Koch Institute show there have been more than 1,000 confirmed cases in 24 hours – the highest increase in three months.

Spahn, of Angela Merkel's Christian Democrats (CDU), said imposing tests was “the safe option”. “I appreciate that this is an infringement on individual freedom, but I think it is a justifiable one,” he said.

He said it's important to look after and protect each other. “Freedom always comes with responsibility, for myself and for others,” said Spahn.

In the EU, the RKI has designated Luxembourg, the Belgian region of Antwerp and some regions in northern Spain as risk areas, as well as several European countries outside the EU. Four Turkish coastal provinces, for which the Federal Foreign Office no longer issues travel warnings, are also still classified as risk areas. The tests for holiday returnees are to be free of charge, said Spahn. He doesn't believe in the viewpoint that “if you can afford the holiday can afford the test”.

This, he said, called into question the solidarity approach in the German health system. Free testing has been one of Germany's “great strengths” in the coronavirus crisis, he said.

A warning against tourist travel outside the EU is still in place in Germany until August 31st.

'The pandemic is not over yet'

For the first time since May, the RKI reported on Thursday over a thousand infections within one day. With 1,045 new cases, the total number rose to over 213,000. Spahn spoke of a “worrying increase in the number of infections”.

He said the increased coronavirus case numbers were also down to the expansion of testing.

Around 195,000 people are now considered to have recovered from coronavirus in Germany.

In view of the rise, Spahn appealed for people to stick to the rules.

“Let's stay alert, let's follow the rules.” Where the virus has a chance, it spreads and doesn't consider the holiday season, Spahn warned.

Keeping your distance, wearing a mouth and nose cover, washing your hands is a “small price to pay”, considering how quickly the pandemic could spread, he said.

Spahn added that the situation has been kept under control in Germany “because we were level-headed, and vigilant”, but that no-one should lull themselves into a false sense of security.

At the moment, several small outbreaks have been reported following family celebrations or in the workplace.

“The pandemic is not yet over,” Spahn continued. Now the holidays are slowly coming to an end, many people are returning from vacation. Therefore, there is a danger that the number of infections will continue to rise.