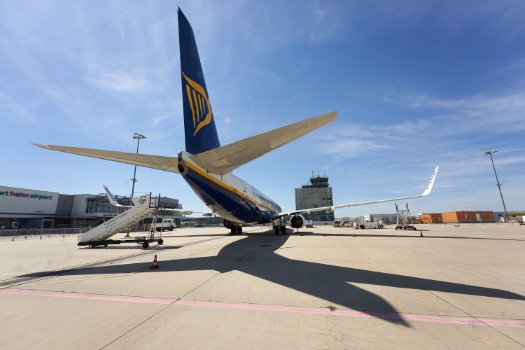 Ryanair, which is seeking to axe 3,000 jobs due to a coronavirus-induced collapse in travel demand, revealed its plan in a memo sent on Tuesday to Germany-based pilots.

The Dublin-based carrier blamed their trade union VC, whose members voted in favour of rejecting its proposed 20-percent pay cut over four years.

“VC wrote to us… (on Monday) confirming that, following a ballot of members, this emergency agreement on cost savings and job protection was rejected since only 49.4 percent voted in favour,” Ryanair said in the memo obtained by AFP on Wednesday.

It added: “The VC (has) voted for job cuts and base closures when they could have preserved all jobs.

“We must move on with alternative measures to deliver cost savings, which regrettably will mean base closures and dismissals.”

Ryanair added that its Frankfurt-Hahn hub, some 120 kilometres west of Germany's financial capital, would close with effect from November 1, but did not specify the number of job losses.

The carrier also warned its bases in Berlin Tegel and Duesseldorf were likely to be closed before winter.

In reaction, the VC union said the proposed cutbacks would have harmed members and offered inadequate job security – and it urged fresh talks.

“We are not giving up hope. The employer would be well advised to quickly get back to the negotiating table now,” VC added in a statement.

In contrast earlier this month, Ryanair's British pilots agreed 20-percent pay cuts to save 260 jobs that the airline had wanted to axe.