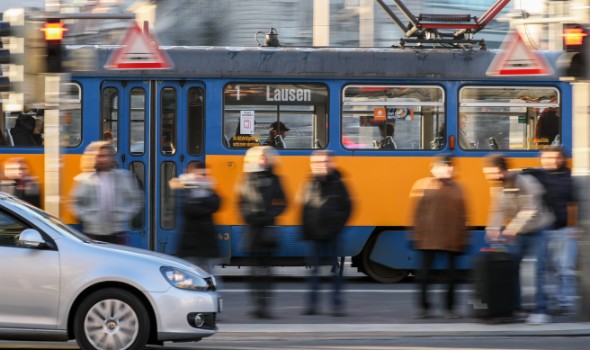 According to the current state of investigation, a 28-year-old passenger and his 27-year-old companion were riding the tram on Thursday without a ticket or an ID card.

The ticket collector told police that the two young men behaved aggressively when asked to step outside.

When they got off the tram, a physical confrontation ensued which ended with the inspector holding one of the men in a stranglehold on the ground.

A video published by the magazine “Kreuzer” on Friday evening reportedly shows the scene.

When the police arrived, the situation had already calmed down. Medical care was not necessary.

According to the police, criminal charges have been filed for, among other things, bodily harm, fare dodging, and the theft of a ticket control device.

In addition to testimonies of witnesses, the evaluation of video recordings will also be included in the investigation.

On Friday evening, the public transportation authorities announced that the inspector had been released from duty with immediate effect.

“Such an escalation, as the pictures in the video show, is not acceptable to us”, the company said on Twitter.