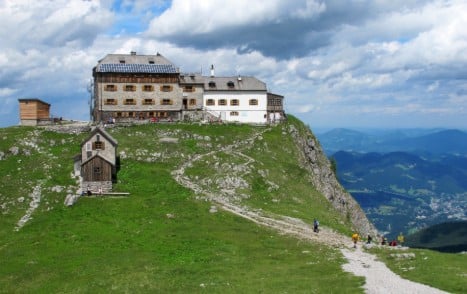 It’s the early in the morning in the Berchtesgaden National Park. A car is parked in the nature protection zone. A tourist has driven past barriers and prohibition signs and pitched her tent.

“It's undoubtedly in a beautiful spot”, says Fritz Rasp, director of tourism in Ramsau. “It looks like pure Canada. But this just is not acceptable here.”

Rasp notifies the park rangers, who are already busy on the east shore of the Königssee, where smoke is rising near the bank. The rangers find a young man dressed in a linen nightgown and sheepskins, who is camping in the reserve and has lit a campfire.

This year the rush on Bavaria's mountains, already a sight to behold in a normal summer, is reaching breaking point.

Long lines of cars through villages, heaps of rubbish – tourism has been bringing hotspots from Chiemsee to Kempten to the brink of exhaustion since before the corona crisis. But now even more people are seeking recreation in the Alps.

“You can tell that many people are on the move,” says spokesman Roland Ampenberger. “We assume that the Bavarian Alps will be a highly frequented holiday destination this summer.”

At Walchensee, picturesquely situated between mountains, up to 4,000 cars are arriving each day.

“We've noticed corona is having a big impact”, says the mayor of the nearby village of Jachenau, Felix Kellner. “You can feel both at the lake and in the mountains that there are a huge number of people here.”

A few weeks ago the crush in the village was so extreme that an additional parking lot for 300 cars had to be created. The 400 guest beds in Jachenau are fully booked until September.

Rangers have their hands full keeping things in order – even at night. The wild and romantic landscape near Jachenau, only accessible by car via a narrow toll road, is proving too tempting for people pitching tents – despite the fact that its forbidden.

With camp sites full up and mountain huts restricting visitor numbers, it seems people would rather risk camping in a nature reserves than forsake a night in the hills.

“The only thing allowed in the Bavarian Alps is an unplanned emergency bivouac,” says Thomas Bucher of the German Alpine Association (DAV).

At the Schrecksee in the Allgäu dozens of tents have been pitched in recent weeks. At Hintersee near Ramsau around 50 campers arrived after the first corona restrictions were lifted, according to tourism expert Rasp.

One problem is what gets left behind in the bushes – not all campers have mobile toilets. Locals are becoming increasingly annoyed.

It was particularly bad when the borders to Austria and Italy were closed, says Rasp. Now the situation has eased somewhat. It is not that they do not want tourists, he emphasizes. The hotel and catering industry are grateful for the business. The problem is the sheer mass.

“A day-tripper should, before he or she goes to a beautiful mountain idyll, first obtain digital information about what it is currently like there”, he said on announcing the plan.