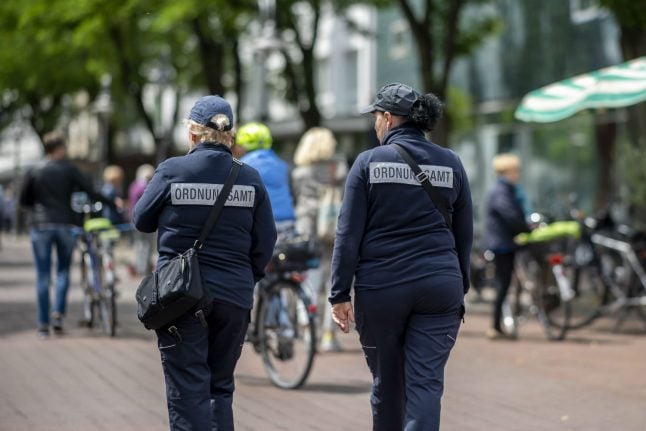 “We are discussing this as a measure to see whether it’s a better option than simply being rejected at a holiday destination after arriving there,” said Head of the Chancellery Helge Braun (CDU) on Tuesday in an interview with German public broadcaster RTL/ntv.

Some German states – such as the summer tourism hubs of Mecklenburg Western-Pomerania and Bavaria – imposed accommodation bans on residents of Gütersloh and Warendorf in North Rhine-Westphalia. Local outbreaks at a meat processing plant in June led to more than 2,000 employees testing positive for the virus.

Hotels refused to accept bookings from residents of the districts, and in some cases travellers were turned away once they reached their holiday destination.

The travel bans, which affected 640,000 inhabitants of both districts, have since been lifted.

READ ALSO: Will coronavirus testing before the holidays become the norm in Germany?

Now Germany is considering calling for a curfew in regions with an “unclear infection situation” until extensive testing can take place, said Braun, of Merkel’s centre-right Christian Democrats, following his talks with the country's 16 state governments.

“Then after a few days we can say that we’ve discovered all of the infections,” said Braun.

After that, the area could “quickly return to normality,” he said. The big question now, he said, is “how to optimize this procedure, so that if a hotspot suddenly appears, we can react very precisely, and as quickly as possible”.

As of Tuesday July 14th, Germany reported a total of 200,444 confirmed coronavirus cases, over 185,000 of which have since recovered, according to information from Johns Hopkins University. There have been 9,077 deaths due to the coronavirus.

Since June, Germany’s public health insurance has covered the costs of coronavirus testing, even for those who don’t show symptoms but have a reason for suspicion.

READ ALSO: 'Nip the virus in the bud': How Germany showed Europe the way in coronavirus testing