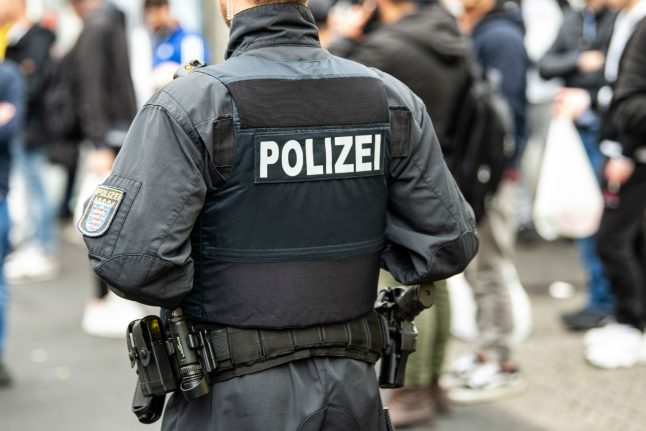 A policeman at a demonstration in Kassel in May 2019. Photo: DPA

Udo Münch took early retirement after it emerged that police computers were used in unauthorised searches for details of two prominent personalities including a far-left politician, who subsequently received threatening letters and emails.

The messages were signed “NSU 2.0”, a reference to the German neo-Nazi cell National Socialist Underground that committed a string of racist murders in the 2000s.

While far-right extremism was once thought to plague mostly eastern states, Hesse was shaken last year by the murder of pro-migrant politician Walter Lübke at the hands of a neo-Nazi.

It was also in a city in the region — Hanau — where a man gunned down nine people of foreign origin in February this year.

The row entangling Hesse's police force came as German law enforcement services are under close scrutiny over far-right extremism in their midst, a debate that has also been amplified by the Black Lives Matter protests in the United States.

The Military Counter-Intelligence Service (MAD) has said some 600 Bundeswehr (German military) soldiers are suspected of right-wing extremism, including 20 in the elite unit.