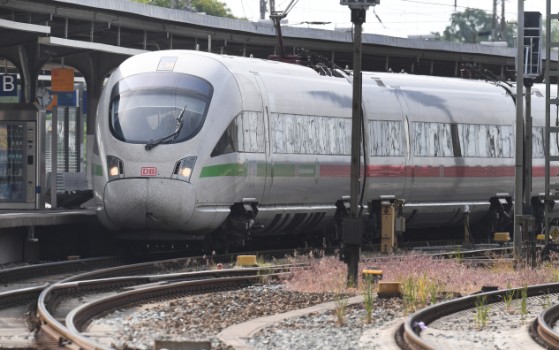 In the Corona crisis, far fewer Germans are travelling by train than usual – but they are arriving at their destination on time as never before.

In the first half of this year, an average of 83.5 percent of Deutsche Bahn's long-distance trains were on time, the federally owned company announced on Sunday.

The last time the company was so punctual in the first half year was way back in 2008. Last year the punctuality rate for the same period was only 77.2 percent.

A train is considered punctual if it arrives at its destination no more than six minutes behind schedule.

“Of course, the low number of trains during the Corona crisis also contributed to the significant increase in punctuality,” the company admitted.

According to the report, capacity utilization in long-distance traffic is recovering slowly and currently averages around 30 percent. At the depth of the crisis passenger numbers had slumped by up to 90 percent.

But the company appears to have used the crisis to its advantage where possible. The downtime has allowed them to make significant progress on track and train repairs, while less disruption to the infrastructure has also contributed to the improvement.

Investment planned in previous years is also contributing to the improvement.

“Larger depots, expanded repair shops and new tracks are ensuring that trains can be maintained faster and better and thus returned to service more quickly,” the company stated. “In addition, 49 trains of the new ICE 4 series are now in service.”

Although passenger numbers were way down, Deutsche Bahn only reduced its timetable by a quarter during the crisis,leading to large losses.

The result has been a massive austerity program and billions in government aid. However, the company says it intends to maintain its investments in infrastructure and personnel expansion.

“This year alone, around €12.2 billion will be invested in the maintenance and expansion of the network, stations and energy facilities,” the company stated.