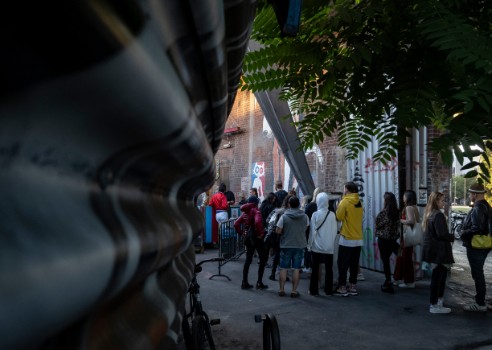 The figures come from a parliamentary question asked by Green politician Georg Kössler.

The city has come to the aid of 38 companies that run a total of 46 clubs. It is not just techno clubs that are being supported. Concert venues such as Lido have also received aid.

All clubs had to close their doors at the beginning of the epidemic on March 14. There is still no news on when they will be allowed to fully reopen but some have started to offer small outdoor parties.

Berlin, famous like no other German city for its cultural vibrancy, has already handed out €30 million in support to cultural venues. The city’s culture ministry has promised to double that sum over the next two months.

Kater Blau is believed to have been one of the centres of the initial outbreak in Berlin. Club goers who visited the techno club in early March were told to stay at home after at least one person contracted the illness there.

Due to poor air circulation and close proximity to other people, clubs are seen as particularly vulnerable to spreading of the air borne infection.