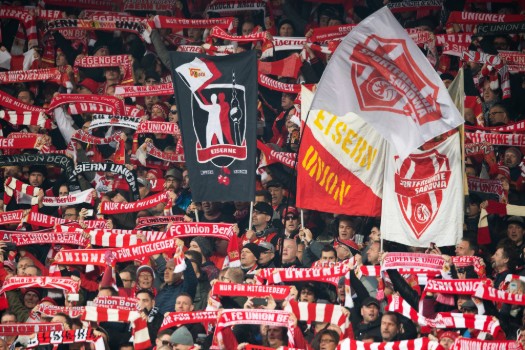 FC Union Berlin have said that their 22,000-seater stadium will be open to anyone who can prove they've tested negative for the corona virus in the previous 24 hours. How fans will gain access to tests though remains unclear.

The club wants to achieve a “full capacity” of the Alte Försterei stadium by the first matchday of the coming season at the latest.

“Access to the stadium will then be granted with a valid ticket and a negative test result, which must not be older than 24 hours at the time of stadium closure,” the club announced. They added that different possibilities would be examined “to be able to use the test capacities available in sufficient quantity within 24 hours”.

“Our stadium experience does not work with social distancing, and if we are not allowed to sing and shout, then it is not Union,” said club president Dirk Zingler

“At the same time, the safety of our visitors and staff is the focus of our considerations,” he added. “We want to ensure as best we can that nobody gets infected in our sold-out stadium – this applies to Union members and equally to away fans.”

Currently, major events with more than 1,000 people are still prohibited in the capital until 24 October. The start of the new Bundesliga season is planned for September 18.

The German league confirmed Friday that the 2020-21 Bundesliga season will start on September 18 with the traditional January winter break shrunk to a fortnight amid a string of changes forced by the coronavirus pandemic.

Having originally been scheduled to begin on August 21, the new season in Germany's top tier now starts four weeks later and should finish on May 22, three weeks before the European Championships is due to start.

The German Cup final, which traditionally ends the season in Germany, is planned for Thursday, May 13 at Berlin's Olympic Stadium, a week before the league season finishes.

The Bundesliga winter break has also been halved, from four weeks last season, to just a fortnight with the last round of league matches in 2020 played on the weekend of December 19-20 and the restart on January 2-3.

German fans will be able to watch football right up until Christmas with the second round of cup games due to be held in mid-week on December 22 and 23.