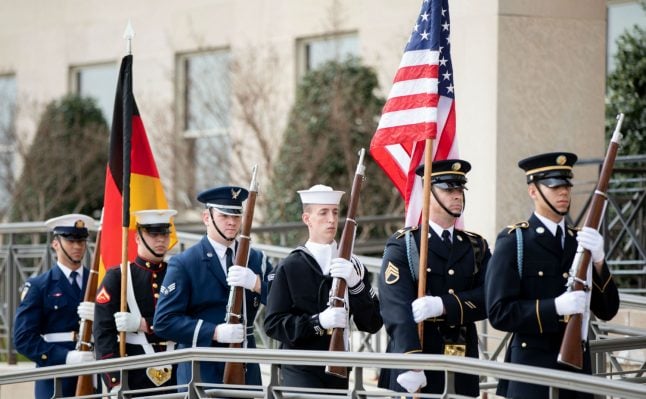 Moments earlier Trump said some troops would “probably” be moving to Poland.

The US leader was speaking at a Rose Garden press conference alongside
Polish President Andrzej Duda, who said he urged Trump to “not withdraw US
forces from Europe because the security of Europe is very important to me.”

Trump has announced that he plans to cut 9,500 troops from the country, reducing the number of service personal by one-third.

It's unclear which units would be cut, or when the reduction would occur.

READ ALSO: Trump 'to withdraw thousands of US soldiers by end of 2020'

Senior German politicians have expressed concern about the alleged US plan to cap troop numbers at around 25,000, which appeared to catch Berlin by surprise when it was announced earlier in June.

“This is completely unacceptable, especially since no one in Washington thought about informing NATO ally Germany in advance,” Merkel's coordinator for transatlantic relations Peter Beyer told the Rheinische Post newspaper.

The plan has raised fresh questions about Trump's commitment to longstanding cooperation agreements with European allies, with some observers fearing the move could undermine NATO security.

Johann Wadephul, a senior member in Chancellor Angela Merkel's conservative CDU party, said it was another “wake-up call” for Europeans to take more responsibility for their own defence.