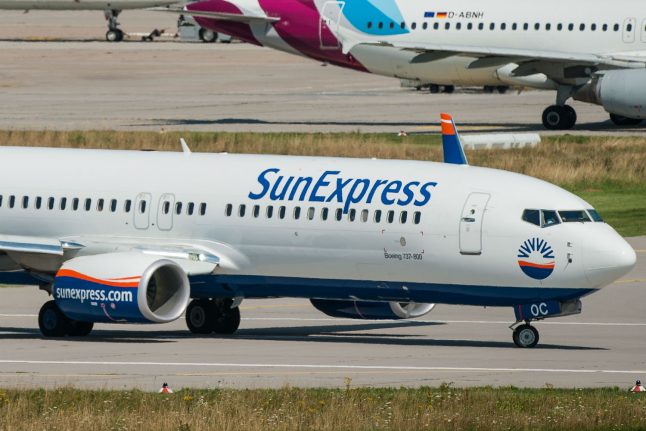 A SunExpress plane in Stuttgart in July 2017. Photo: DPA

“Flight operations by SunExpress Germany, a subsidiary of Turkish SunExpress, will be ended shortly and an orderly liquidation process begun,” a SunExpress spokesman said in a statement.

Almost 1,200 employees at the 20-aircraft carrier will be affected, the spokesman added, saying SunExpress “will take on responsibility by working through possible solutions in the coming weeks with workers and social partners”.

Meanwhile the aircraft will be shared out among Lufthansa's other subsidiaries and Turkish Airlines.

Bosses and German ministers are waiting on tenterhooks to see whether Lufthansa investors will approve Thursday a nine-billion-euro bailout package that would see Berlin take a 20-percent stake in the airline.

Months of flight operations cut back to levels not seen in decades because of coronavirus lockdowns have bled the company's cash reserves dry, prompting it to turn to the German government.

But the giant group's newly-arrived top shareholder Heinz-Hermann Thiele, a railway tycoon, has cast doubt on whether he will support the state rescue.