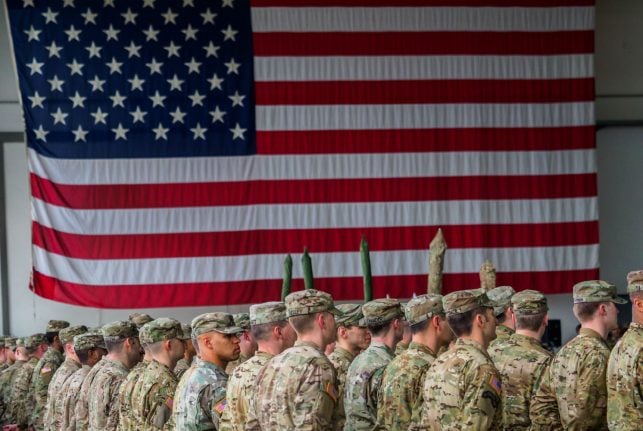 Defence ministers from the alliance will discuss Trump's plans to cut troops based in Germany by a third to 25,000 during video talks on Wednesday and Thursday.

The move has been criticised as weakening America's commitment to European defence as well as its ability to wield influence in the Middle East and Africa.

Stoltenberg said he had discussed the matter in a phone call with Trump on Monday last week – several days after it was leaked to US media.

“My message was that the US presence is good for Europe, but it's also good for North America and the United States,” he told reporters.

READ ALSO: 'It's a tremendous cost': Trump to halve US troops in key NATO ally Germany

The plans appeared to catch Berlin by surprise and they have raised concerns among senior German politicians.

US troops have been stationed in Germany since the end of World War II, reaching a peak during the Cold War.

But the resurgence of Russia's military ambitions under President Vladimir Putin has given the US presence new importance.

Trump said he was cutting troop numbers to punish what he called “delinquent” Germany for not spending enough on its own defence, instead freeloading on the US.

Trump has repeatedly complained about European NATO members falling short of their commitment to spend at least two percent of GDP on defence by 2024.

While the US presence in Germany is based on an agreement between the two countries, Stoltenberg said that it “matters for the whole alliance”.

But he stressed that the details of the plan are still not finalised.

“The United States and the president have announced what they have announced, but it's not yet decided how and when and this decision will be implemented,” he said.

While expressing concern about Trump's plans, some NATO diplomats noted that the president has made similar announcements in the past about troop withdrawals elsewhere in the world, only for the end result to be somewhat less dramatic.

They also point out that repositioning large numbers of troops is both expensive and logistically complicated, factors which may weigh on the final decision.