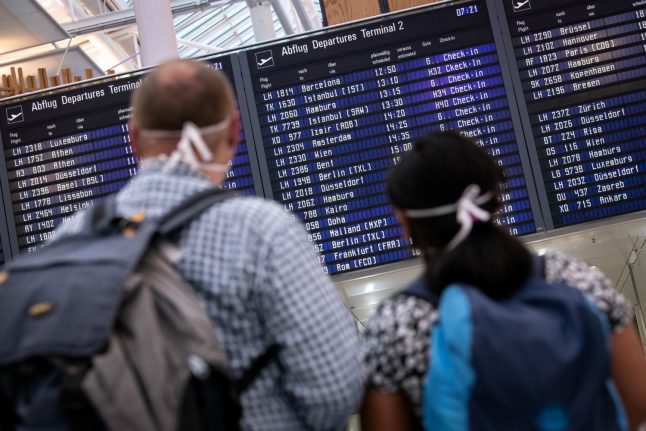 On Monday June 15th, the Federal Foreign Office removed a warning against travelling for non-essential reasons to 27 European countries. These include popular holiday destinations for Germans such as Italy, Austria, Greece, France and Croatia.

However, four countries in the EU and the border-free Schengen area still have to wait for the travel warning issued on March 17th due to the spread of Covid-19 to be lifted.

Among those countries with a warning still in place is the most popular holiday destination for Germans: Spain. In Spain, like Finland and Norway, there is still an entry ban to tourists.

Spain is to open its borders to members of the EU's Schengen Zone and the UK on June 21st. However, Spain is allowing thousands of Germans to fly to its Balearic Islands for a trial run starting Monday – waiving its 14-day quarantine for the group.

Meanwhile, for one EU country – Sweden – the travel warning is still in place due to a large number of new Covid-19 infections there.

The warning has been replaced with detailed travel advice for each country. However, even though there is no blanket warning, the German government has issued strong recommendations.

For example, travel to the UK, Ireland and Malta is strongly advised against on the Federal Foreign Office website because in these countries a two-week quarantine is still required on entry.

READ ALSO: What you need to know about Germany's quarantine rules after travel

In the UK advice section it says: “Non-essential tourist travel to the United Kingdom of Great Britain and Northern Ireland, including British Overseas Territories, is currently strongly discouraged due to the need for a 14-day quarantine on entry.”

The website includes information on the infection situation in countries, entry requirements, possible restrictions on freedom of movement in the country and hygiene rules.

Foreign Minister Heiko Maas had issued the worldwide travel warning against tourist travel from Germany on March 17th at the height of the coronavirus pandemic. Prior to this, travel warnings were only issued in the event of danger to life and limb, for example in war zones such as Syria and Afghanistan.

The warning against travel outside EU countries remains in place until August 31st.

Travel warnings are not legally binding, so it's still possible for people to travel as long as the destination allows.

However, when authorities advise against travel, it has an impact on things like travel insurance validity, so people who take a non-essential trip against the advice and find themselves stranded or in need of assistance may end up heavily out of pocket.

It came as Germany was set to end border checks with its neighbours introduced to fight the coronavirus on Monday night.