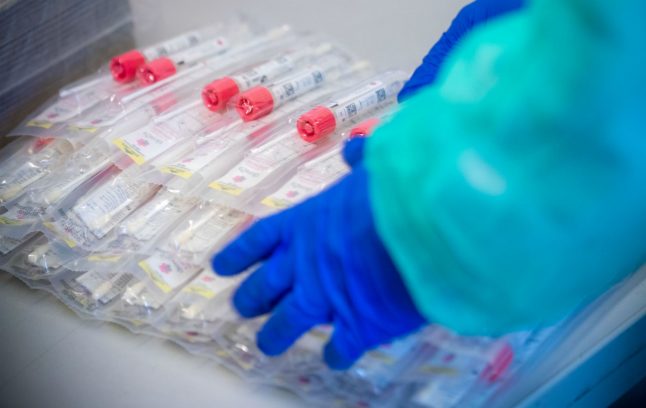 The Federal Ministry of Health stated that “comprehensive testing” will occur in care homes, as well as Kitas and schools whenever there is an outbreak so that “infections will be quickly recognised and interrupted.”

“We want to nip the virus in the bud,” said Spahn of the centre-right Christian Democrats (CDU). “This can only be done with preventive screening tests in hospitals and nursing homes and if we test as many contact people of infected persons as possible.”

He added that Germany has the funding to sufficiently cover the increased testing. By the end of May, more than 425,000 tests were being carried out per week in Germany – a number which Spahn said stands to be doubled.

“It is much more expensive to test too little than to test too much,” said Spahn. Specifically, all patients who are admitted to hospital will be tested. In addition, health authorities or doctors can arrange for tests to be carried out on people without symptoms.

Germany’s statutory health insurance will take on the costs of €50 per test. This will make it possible, for example, to carry out comprehensive tests when there is close contact with infected persons – also in cases when a voluntary corona warning app, slated to launch soon, reports such contact.

Broad testing will also be possible in the event of corona outbreaks in day-care centres or schools, as well as regular series tests in clinics and nursing homes.

The regulation on health insurance companies covering costs of testing applies retroactively back to May 14th, also for private patients and people without health insurance.

As of Wednesday June 10th, Germany was carrying out 51,915 Covid-19 tests per million in the population, or less countries harder hit by the pandemic such as Spain and the US. Also as of Wednesday, there were 186,522 reported coronavirus cases in Germany, and a total of 170,529 reported recoveries, according to data from Johns Hopkins University. There have been a total of 8,748 deaths.

Germany's current R-value lies slightly over the critical value, or 1.11 as of Monday. Experts say it's important to keep the number under 1.

Up to now, health insurance companies have generally only footed the bill for tests with people who have a concrete suspicion of an infection, for example when they already show symptoms of the disease.

At the beginning of May, the president of the Robert Koch Institute (RKI) Lothar Wieler said that it made sense to test as many people as possible, also if they only showed lighter symptoms, in order to detect the disease and slow its spread as early as possible.

Nip (something) in the bud – (etwas) im Keim ersticken

Suspicion of an infection – (das) Infektionsverdacht