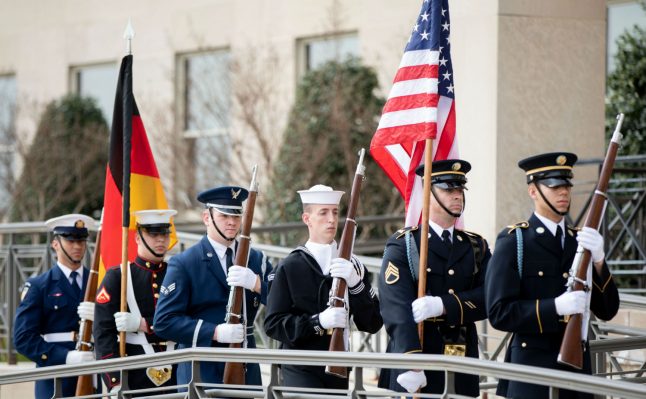 The Wall Street Journal reported last week that President Donald Trump wants to withdraw some 9,500 troops from the 34,500 currently permanently based in Germany.

“The federal government has been informed that the US administration is considering reducing the presence of US armed forces in Germany,” Chancellor Angela Merkel's spokeswoman Ulrike Demmer told reporters in Berlin.

“As far as we know, no final decision has been made.”

She gave no further details and there has been no confirmation from US officials about the plan.

But transatlantic ties have become strained under Trump, with the US leader repeatedly lashing out at Germany for not spending more on defence in line with NATO targets.

Senior German politicians have expressed concern about the alleged US plan to cap troop numbers at around 25,000, which appeared to catch Berlin by surprise.

“This is completely unacceptable, especially since no one in Washington thought about informing NATO ally Germany in advance,” Merkel's coordinator for transatlantic relations Peter Beyer told the Rheinische Post newspaper.

The plan has raised fresh questions about Trump's commitment to longstanding cooperation agreements with European allies, with some observers fearing the move could undermine NATO security.

Johann Wadephul, a senior member in Chancellor Angela Merkel's conservative CDU party, said it was another “wake-up call” for Europeans to take more responsibility for their own defence.

Former US Army Europe commander Ben Hodges, who was stationed in the German city of Wiesbaden before he retired, warned that a US drawdown would be “a colossal mistake” and “a gift” for Russian President Vladimir Putin.

“US troops are not in Europe to protect Germans,” he tweeted. “They are forward-based, as part of NATO, to protect all members, including USA.”

Although the American military presence in Germany has declined significantly since the Cold War, the country remains a crucial hub for US armed forces.

As well as serving as a deterrent to a resurgent Russia, US troops use their German bases to coordinate military operations in Europe, Africa and the Middle East.