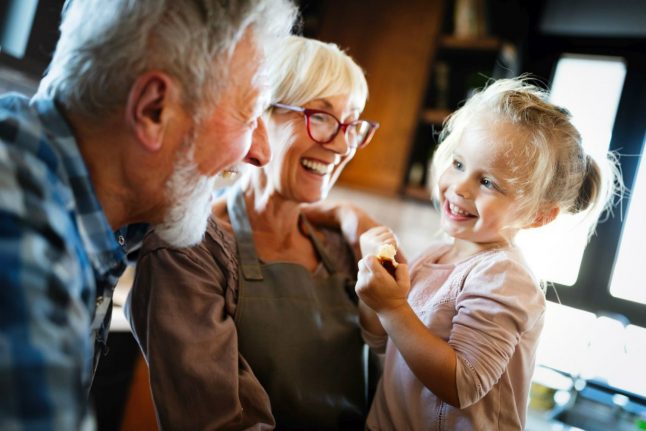 Sometimes you'd be forgiven for thinking the pandemic in Germany had come to an end.

With shops reopening, children enjoying play parks and people eating out at restaurants, it appears as if thing have returned to pre-coronavirus times.

But even though some measures that the government put in place to stem the spread of coronavirus have been eased, so-called contact restrictions (Kontaktbeschränkungen) remain in force.

The government says that it's important to follow these rules to stop the number of new infections rising like they did at the height of the epidemic.

In a document published as part of the government's Zuzammen gegen Corona (Together against Corona) campaign, authorities say that because the majority of people in Germany have followed the coronavirus measures so far “it has been possible to slow down the spread of Covid-19”.

But they warn that the spread will “accelerate rapidly, endangering the success achieved” if people forget about the rules at this point.

EXPLAINED: What to know about Germany's new social distancing rules

So what are the rules?

On May 26th, the federal and state governments decided to maintain compulsory contact restrictions until June 29th.

It means that residents in Germany are advised to keep the number of people they meet with to a minimum. And they should keep a distance of at least 1.5 metres to others (excluding people from their own household).

Now states in Germany can allow up to 10 people or the members of two households to meet in public. States can decide, however, whether they want to adopt that rule or set their own ones. In Berlin, for example, only up to five people are allowed to meet.

Check with state authorities for the most up-to-date restrictions list.

In addition, a face mask (over the mouth and nose) must be worn in certain public areas including on public transport and in shops.

So the government is still urging people to keep their distance, wash their hands and wear masks.

Meetings with family and friends

The virus spread rapidly in Germany and across Europe in March, especially on occasions when lots of people came close together, for example at Après-ski bars, beer festivals or carnival celebrations.

Due to this factor, large public events are prohibited in Germany. For the time being, the ban will remain in force until August 31st and Bundesliga games are being held without spectators.

Experts agree that the virus also spreads easily at private parties, too, whether it's a barbecue or a game night.

“Unfortunately, the time for parties has not yet come,” says the government.

When meeting other people (within the rules laid out in the contact restrictions), residents are urged to avoid close contact at these meetings and to keep their distance as much as possible.

Grandma and grandpa should still not look after grandchildren

With daycare centres and schools still far away from normal operation, many parents may want to turn to the grandparents for help.

And even those who do not have to look after children themselves are wondering whether it is possible to visit parents, grandparents or older people.

READ ALSO: Why Germany has coronavirus infections under control despite relaxing restrictions

However, older people and those with previous illnesses belong to high risk groups which mean they have a higher probability of developing a severe illness if they contract Covid-19.

That means visits to grandparents are still not recommended, although it is possible for a grandparent in Germany to see grandchildren – if they avoid contact and maintain distance. The government also advises sticking to video calls.

Meanwhile, parents should look for other forms of childcare rather than turning to grandparents.

What about visits to old people's homes?

People in nursing homes and other similar facilities were not allowed any visitors for weeks during the shutdown.

But the rules have now changed in all institutions where there are no active Covid-19 cases.

People who live in hospitals, nursing homes, homes for the elderly or disabled are now allowed to have one contact person who can return regularly. However, authorities have urged people to take caution when visiting because you can be a carrier of the virus without symptoms.

If there are cases of coronavirus in the facilities visitors are generally not allowed to see family members.

When will things change?

We will know more after June 29th when the current contact restriction rules expire. But from what politicians and experts have been saying, it looks like social distancing and contact restrictions in some form will remain in place in Germany until a vaccine or treatment is found.

READ ALSO: 'Social distancing will be needed in Germany for a long time'