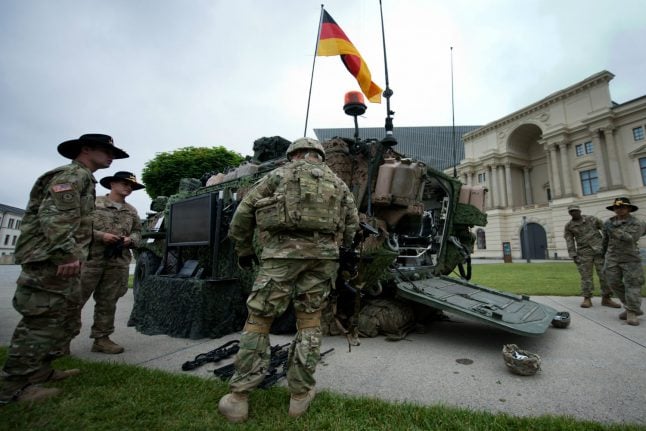 Berlin has voiced concern at the proposal reported by US media to cut the 34,500 American military personnel posted in Germany by nearly a third.

The move would significantly reduce the US commitment to European defence under the NATO umbrella, and appeared to catch Berlin off guard.

Asked about the plans, Stoltenberg refused to comment directly on “leaks or media speculation” but said he was “constantly consulting” with Washington on its military presence in Europe.

And — as he often does when pressed about the Trump administration's ambivalence towards NATO — Stoltenberg launched into a detailed defence of Washington's commitment to European security.

“In the last few years we have actually seen an increase in the US presence in Europe again,” he said.

“And this is not only about Germany. We have seen for instance a new US brigade deployed to Europe, we have seen more rotational presence, we have seen the US taking a lead function in the NATO battle group in Poland.”

Despite transatlantic political tensions, Stoltenberg insisted that NATO allies were “doing more together now in Europe than we have done for many, many years”.

Stoltenberg was speaking in an online question-and-answer session to launch an exchange of expert ideas aimed at strengthening the alliance in the wake of the coronavirus pandemic.

There has been no official confirmation about the reported plan to cut US troop numbers in Germany and cap them at 25,000.

But Trump's lukewarm support for longstanding cooperation agreements with European allies has long caused alarm on the continent.

He has been particularly scathing about Germany, Europe's economic powerhouse, accusing it of not spending enough on its own defence.

Germany hosts more US troops than any other country in Europe, a legacy of the Allied occupation after World War II, and while the presence has declined since the Cold War, it remains a crucial hub.

As well as serving as a deterrent to a resurgent Russia, US troops use German bases to coordinate military operations in Europe, Africa and the Middle East.