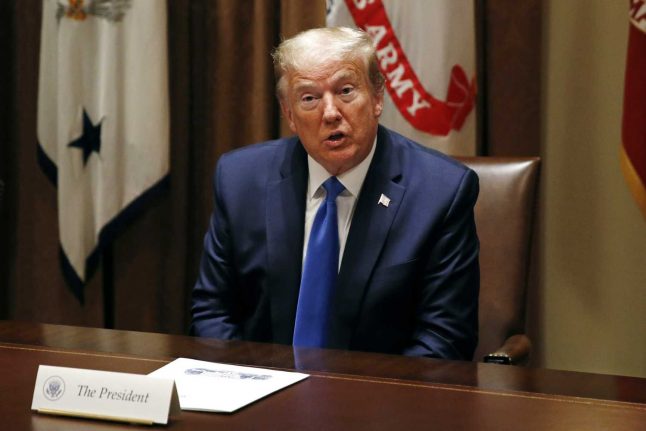 There are currently an estimated 34,500 US troops on bases across Germany. DPA reports that after the troop reduction, Trump also wants to cap the number of US soldiers stationed in Germany to 25,000.

German media outlet Der Spiegel reported on Friday that the US Congress had been informed that the Pentagon was set to withdraw between 5,000 and 15,000 US troops from Germany by autumn of 2020.

DPA reports that the Pentagon has been informed by the White House that the number of troops to be removed is 9,500.

The White House declined to comment on the speculation, saying “the US remains committed to working with our close ally Germany”.

Despite this, former US Ambassador to Germany, Richard Grenell, suggested in August of 2019 that a troop reduction would take place as a tit for tat for Germany’s continued trade surplus.

“It is really insulting to expect that the US taxpayer will continue to pay more than 50,000 Americans in Germany, but that the Germans will use their trade surplus for domestic purposes,” he said.

It would be the largest troop reduction in Germany since between 10,000 and 15,000 soldiers were removed from Europe in 2012.

The US Army has retained a sizeable troop presence in Germany since the end of the Second World War. At the end of the Cold War in 1990, there were an estimated 200,000 US troops across Europe, 41,000 of which were in Germany.