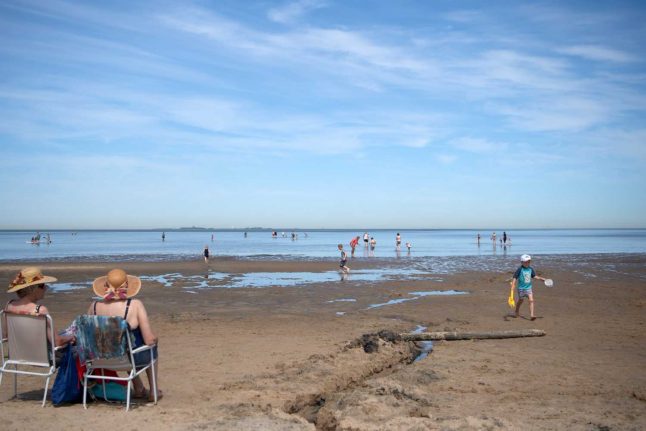 The beach in Cruxhaven, near the Beachhotel Sahlenburg. Photo: DPA

The Beachhotel Sahlenburg in the German city of Cuxhaven is hoping to welcome everyone back to the beach after the coronavirus lockdown ends, however not everyone is welcome on the sand.

“For reasons of liability, we would like to point out that the interior is not suitable for people with a body weight of more than 130 kg,” says the hotel.

The reason for the restriction? The hotels elegant design furniture is far too sensitive and cannot support the weight of anyone upwards of 130kg.

Hotel Operator Angelika Hargesheimer, speaking with German media outlet Buten and Binnen, says her hotel’s classic furniture is not made for big butts.

“The designer chairs downstairs, they’re real classics. When a person over 130 kilograms sits on it, they sit there with one buttock and the chair does not last long.”

Hargesheimer says she won’t get fooled again when it comes to chubby guests, saying that a larger visitor broke one of her hotel beds previously – which was the moment she decided to bite the bullet.

She also said that the design of the chairs make them uncomfortable for larger people, while the showers are too small for the big boned.

Although there were some suggestions that the move was illegal, a legal expert interviewed by Bild said that it would only amount to discrimination if the guests were so obese that they were considered to be disabled.

“Only if an obese person reaches the threshold of a disability does protection against discrimination exist. Therefore, it should be difficult for those affected to take legal action against provisions such as in the hotel described, with reference to the AGG (General Treatment Act),” Sebastian Bickerich, from the Federal Anti-Discrimination Office, told Bild.