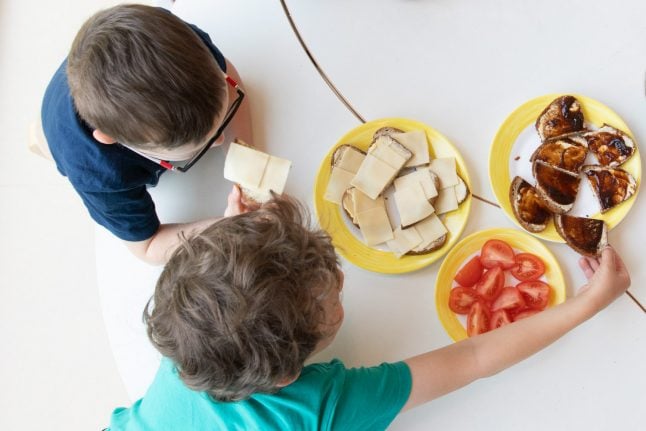 Children at a Kita in Dresden, Saxony. Families are to benefit from the new package. Photo: DPA

Germany is ploughing €130 billion into a stimulus package to kick-start the economy which has been severely hit by the coronavirus pandemic, Chancellor Angela Merkel confirmed on Wednesday June 3rd.

With border closures, employees hit with reduced hours or forced to stay home, and the shutdown of restaurants, bars, shops and clubs to slow down the spread of coronavirus, Germany is headed for the worst recession in its post-war history.

Here's how the German government is planning to help the country get on its feet again, and who will benefit.

The leaders of the grand coalition, made up of Merkel’s Christian Democrats (CDU), their Bavarian sister party, the CSU and the centre-left Social Democrats (SPD) have agreed on a temporary reduction of VAT.

This measure is aimed at boosting domestic consumption to help kick-start the economy.

It will cost the German government around €20 billion.

Families in Germany are to get more money with the introduction of a one-off bonus of €300 planned for each child. The Kinderbonus is taxable.

There will be an additional €1 billion for extensions, refurbishments or the new construction of Kitas and crèches – and to improve the hygiene situation in these facilities.

As a result of the coronavirus crisis, expenditure in all social security schemes is increasing. In order to prevent an increase in non-wage labour costs, the coalition government is planning a “Social Guarantee 2021”.

Social security contributions are to be stabilized at a maximum of 40 percent, through subsidies from the federal budget worth billions. This is to protect the net income of employees and offer reliability to employers.

Industries and firms under particular pressure due to the crisis – including hospitality, tourism and entertainment – will receive “bridging help” worth €25 billion in total this summer.

The aim is to prevent a wave of bankruptcies among small and medium-sized businesses whose sales have collapsed due to the shutdown. The bridging aid is to be granted for the months June to August.

It is to apply to sectors such as the hotel and restaurant industry, clubs and bars, travel agencies, entertainers, but also professional sports clubs in the lower leagues. Fixed operating costs of up to €150,000 for three months will be reimbursed.

Tax breaks for companies are also planned. Meanwhile, a programme to mitigate coronavirus effects in the cultural sector is also in the pipeline, to the tune of €1 billion. The catering industry has been hit hard in the crisis. Photo: DPA

The coalition also wants to spend more money on artificial intelligence and on the expansion of the new super-fast mobile phone broadband 5G. Modernisation and digitisation of existing infrastructure is to be promoted across Germany.

Residents and companies in Germany are to be relieved of electricity costs.

The EEG levy, which promotes green electricity plants, is to be reduced from 2021 through subsidies from federal budget.

Drivers and the car industry

The leaders of the CDU/CSU and SPD, however, have decided on significantly higher rebates for people who purchase electric cars.

Federal subsidies for the existing “eco-rebate” are to be doubled from €3,000 to €6,000 for electric vehicles with a net list price of up to €40 000, for a limited period until the end of 2021. In addition, manufacturers will also receive support.

READ ALSO: Which German industries have been hardest hit by the coronavirus crisis?

The coalition also plans to invest an additional €2.5 billion in the expansion of the charging network for e-cars and in the promotion of research and development, for example in battery cell production.

A “bonus programme” of €2 billion is to be set up for the years 2020 and 2021 for future investments by manufacturers and the supply industry. The automotive industry is undergoing a difficult transition towards alternative systems.

Deutsche Bahn is receiving financial aid worth billions of euros due to loss of revenue in the crisis. The federal government wants to provide the state-owned company with additional equity capital of €5 billion.

There are also planned subsidies of €2.5 billion for the local public transportation system (ÖPNV).

Municipalities in Germany face high tax losses because trade tax, in particular – the most important source of revenue for them –  is collapsing.

Losses in trade tax revenues are to be compensated by the federal and state governments together. The federal government plans to plough in almost €6 billion.

The goal is that municipalities remain capable of investing – this is viewed as extremely important for the construction and trades industries. There will be no takeover of old debts by the federal government, however due to opposition from the CDU/CSU.