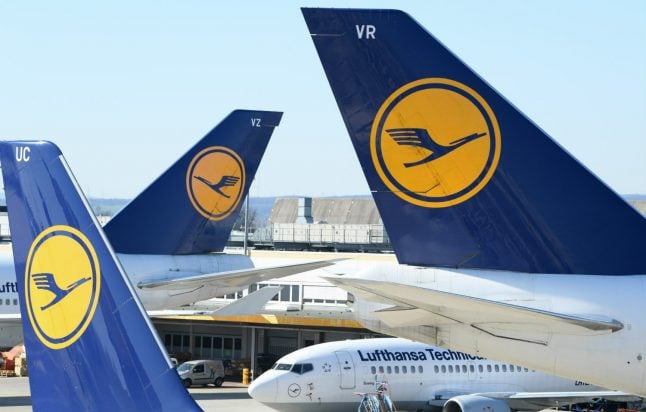 “Global air traffic has come to a virtual standstill in recent months. This has impacted our quarterly results to an unprecedented extent.

“In view of the very slow recovery in demand, we must now take far-reaching restructuring measures to counteract this,” chief executive Carsten Spohr said in a statement.

On top of the collapse in passenger numbers, depreciation of some company assets sapped the bottom line.

Falling fuel prices meanwhile cost the airline €950 million because it had hedged its purchases with much higher priced contracts.

The first quarter was much worse than the loss of €342 million booked in 2019's first quarter — traditionally a quiet time for travel.

The airline's supervisory board on Monday approved a nine-billion-euro bailout deal from the Germany government.

The group is to ask its shareholders to back the accord at an online meeting on June 25th.

The bailout will see the German government take a 20-percent stake in the group, with an option to claim a further five percent plus one share to block hostile takeovers.

Like its rivals, the Lufthansa group — which also includes Eurowings, Swiss, Brussels and Austrian Airlines — has been battered by the coronavirus pandemic.

The airline said Wednesday it plans to increase seat capacity in September to “up to 40 percent” of what was expected before the pandemic, and compared with around three percent in May.

Even with the hoped-for gradual ramp-up of passenger traffic, Lufthansa's push to repay the bailout cash “will only succeed if we implement restructuring programs in all areas… and agree on innovative solutions with the unions and working councils,” finance director Thorsten Dirks said.

Brussels is slashing its fleet by 30 percent and its workforce 25 percent, while Austrian will have 20 percent fewer planes and aims to cut personnel costs by the same amount.

Over the long term, the flagship airline may have 100 planes too many, giving an overhang of 10,000 jobs, Spohr said in May.

Other divisions at Lufthansa face similar cost-cutting programmes, while the company is in talks with aircraft builders to postpone deliveries of new planes and is eyeing sales of non-core business units.

Looking ahead, “the uncertain further development of the corona pandemic continues to make it impossible to make a precise forecast of the earnings trend for 2020”, the group said, predicting only a “significant decline” in adjusted operating profit.