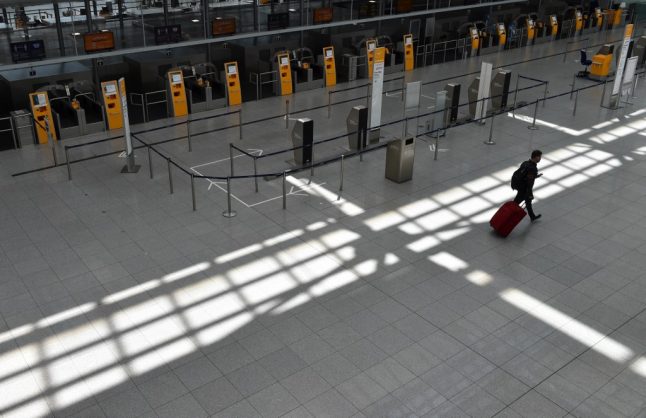 The group will now ask shareholders to back the $10-billion deal in an online meeting on June 25, the company said in a statement.

Like its rivals, the Lufthansa group — which also includes Swiss, Brussels and Austrian Airlines — has been battered by the coronavirus pandemic that has brought global air travel to a near standstill.

Lufthansa's management board gave the proposed rescue deal its blessing on Friday, despite controversy over conditions imposed by the European Commission that will force the German group to give up prized takeoff and landing slots.

“After intensive discussion, we have come to the conclusion to agree to the executive board's proposal. We recommend that our shareholders follow this path,” said supervisory board chairman Karl-Ludwig Kley.

“It must be clearly stated, however, that Lufthansa is facing a very difficult road ahead.”

In Germany, a company's supervisory board oversees the work of the management board which runs the business day to day.

The bailout will see the German government take a 20-percent stake in the group, with an option to claim a further five percent plus one share to block hostile takeovers.

On top of a total €5.7 billion in extra capital and €300 million to buy the shares at face value, public investment bank KfW will lend Lufthansa another €3.

The company would agree to pay back much of the capital plus interest, while granting the state two seats on its supervisory board.

As well as requiring the green light from shareholders, the deal still needs be signed off by European competition authorities too.

“Stabilising our Lufthansa is not an end in itself. Together with the German government, it must be our goal to defend our leading position in global aviation,” Lufthansa CEO Carsten Spohr said in the statement.

With the airline industry bracing for a slow recovery, Spohr has warned the group likely has 100 too many planes and, in turn, 10,000 superfluous positions out of almost 140,000 jobs worldwide.

Lufthansa management will hold talks with union representatives on how “the impact of this development can be softened in the most socially acceptable way possible”, Spohr said.

Lufthansa is not the only airline turning to state aid to survive.

Air France-KLM is set to benefit from €7 billion in emergency funding from the French government, with the Dutch state expected to add between two and €4 billion more.