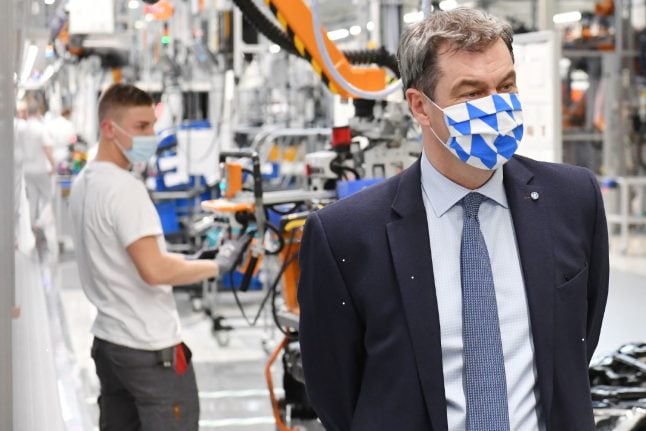 The restrictions put in place as part of the coronavirus lockdown measures have had a widespread impact on the German economy.

Families and people in their thirties have been hit hardest, while 2.1 million people – roughly 2.5 percent of the population – have experienced existential financial losses.

READ ALSO: Coronavirus in Germany: Which measures are changing this week?

The hardest hit areas have been the industrial and manufacturing hubs of Baden-Württemberg, where 22 percent of companies have cut jobs, and in Bavaria (20 percent).

Saarland and Rhineland-Palatinate have been the least impacted, losing only 11 percent of their jobs.

The study, completed by the Institute for Economic Research in Munich, showed that 18 percent of companies had already cut jobs.

Although a wide variety of industries in Germany have felt the impact of the coronavirus crisis, the restaurant and hospitality sectors have been particularly impacted.

Nicknamed the ‘corona recession’ by some in the German media, the hospitality industry has been hit hardest.

In total, 58 percent of the companies in the hospitality and catering industries have had to lay off staff.

Fifty percent in the hotel industry and 43 percent of travel agents have had to do the same.

Germany’s famous automobile industry has had to cut 39 percent of jobs.

READ ALSO: Working in Germany: Where are most jobs in the automotive industry? A cruise liner off the coast of Rostock in northern Germany. Tourism has been particularly hard hit due to the coronavirus crisis. Image: DPA

Redundancies across all industries

Employment agencies reported an increase in redundancies, with 57 percent saying they had made staff redundant due to the measures.

The pharmaceutical industry has recorded no redundancies.

‘Existential financial losses’: Families and people in their thirties hit the hardest

Estimates from Monday suggest that around 2.1 million people in Germany have experienced “existential financial losses” as a result of the crisis.

Families and people between the ages of 30 to 39 have been hit the hardest by the crisis, despite the variety of aid programs on offer from the government.