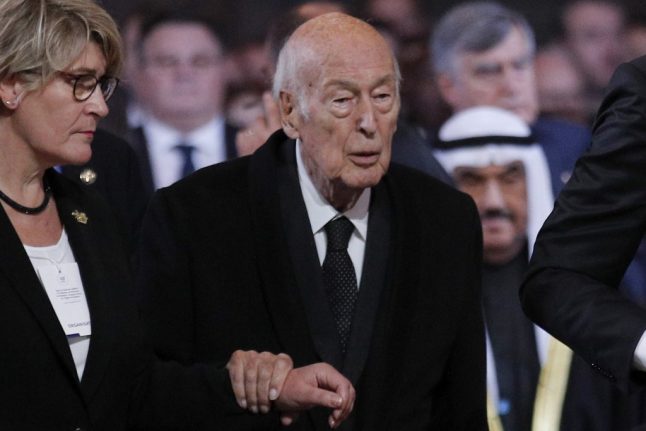 Ann-Kathrin Stracke, 37, a journalist working for German public television WDR alleged that Giscard d'Estaing — then aged 92 — placed his hands on her backside three times while she was in his Parisian office for an interview in December 2018.

“I decided to tell my story because I think that people should know that a French former president harassed me sexually after an interview,” she told AFP.

She took her case to Paris prosecutors on March 10 this year, backed by her employer which carried out an independent investigation into her claims.

Contacted by AFP, Paris prosecutors did not provide a comment immediately.

Recalling the interview on December 18, 2018, the journalist said she had asked for a photograph to be taken with Giscard d'Estaing and her colleagues after the interview.

“I was standing to his left, and while taking the photo, he put his hand on my left waist before sliding it to my backside where it stayed,” said Stracke.

The same action was allegedly repeated twice just after — once while a new photo was being taken and another time when the former president was showing Stracke photographs of himself next to other world leaders or family members.

“I tried to push him away but I didn't manage to,” she said.

To get out of what she called a “very degrading” situation, she turned to a cameraman who toppled a lampshade to divert attention while placing a chair between the former leader and the journalist.

Back at her office, she spoke about the incident to her managers.

“WDR accompanies and backs Ann-Kathrin Stracke since the incident was known, as well as when she decided to file a complaint,” the television station's spokeswoman said.

Giscard d'Estaing, now 94, led France from 1974 to 1981, ushering through a spree of radical reforms, legalising abortion, liberalising divorce and reducing the voting age to 18.