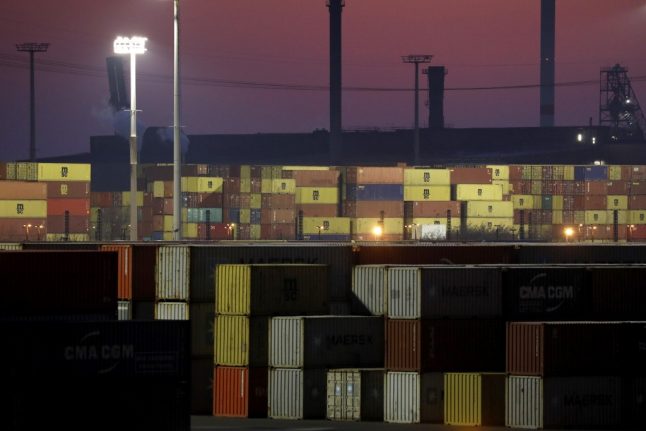 The data illustrated the first monthly impact of the coronavirus epidemic on Europe's biggest economy.

The drop was far steeper than a five percent forecast from analysts surveyed by Bloomberg.

Some 108.9 billion euros ($118 billion) of German goods were sold abroad, while the country bought imports worth 91.6 billion euros — down by 5.1 percent from the level in February.

The bigger plunge in exports than imports reduced Germany's widely-criticised trade surplus to 17.4 billion euros, compared with 22.3 billion a year before.

In Germany, late March brought the first shutdowns of much of public life to limit the spread of the coronavirus.

But some vital trade partners like Italy and China had already been battling the disease for weeks or months by the time such decisions fell in Berlin and regional capitals.

In a geographic breakdown, March brought a bigger fall for exports to Germany's European Union neighbours, at 11.0 percent from March 2019, compared with a 4.3-percent-drop in shipments to the rest of the world.

Exports to the eurozone single currency area were particularly hard-hit, falling by 14 percent.

That picture was also reflected in imports, with the value of goods brought in from the EU down by eight percent while imports from the rest of the world held to their March 2019 level.