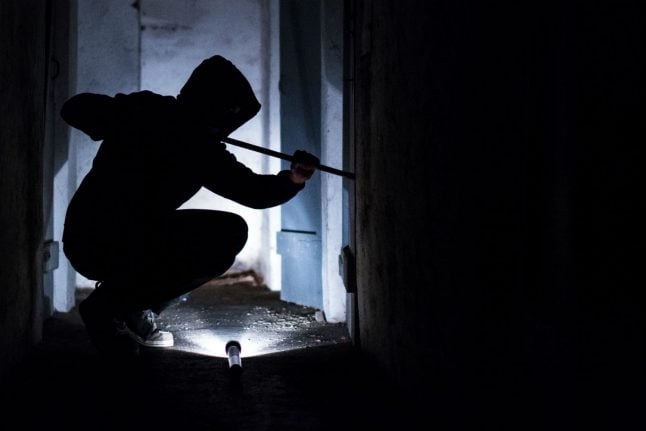 A country-wide survey by the German Press Agency (DPA) has shown that the initial figures demonstrate a drop in burglaries of apartments and houses during the coronavirus pandemic in an almost nationwide trend.

Last year between March 1st and April 26th there were exactly 3,856 recorded cases of burglary in North Rhine-Westphalia, while in the same period this year the interior ministry of Germany's most populous federal state has recorded only 2,336 cases – a drop of almost 40 percent.

The state numbers are, however, provisional and subject to change. Definitive incident numbers will become clear once the police hand the cases over to the public prosecutor's office and include them in the nationwide crime statistics, said the Bavarian Interior Ministry.

‘Difficult to move stolen goods out of the country’

In Saxony, the Ministry of the Interior has reported a decrease in the number of crimes – especially those of home burglaries and car thefts – since the introduction of corona lockdown measures in mid-March.

One reason for this is that people spend more time in their homes or in their immediate vicinity. Another reason, as the Ministry pointed out, is that “it is currently difficult to move stolen goods in and out of the country.” In Thuringia, the incidence of home burglaries in April this year has fallen by more than 25 percent compared to April last year, while the number of thefts from offices has also decreased.

The State Criminal Police Office in Erfurt said that: “It can neither be confirmed nor refuted whether these trends are solely due to the corona crisis”.

According to the Lower Saxony State Criminal Police Office, March saw 20 percent fewer burglaries than in February and the number of burglaries in March this year decreased by around 20 percent compared to last year.

In Rhineland-Palatinate police have also reported a drop in the number of burglaries in the first months of the year as well as in the period from the beginning of March to the end of April, with a decrease of around 35 percent. Residents of the city-states have also been experiencing fewer unwanted home visits in the past few weeks. Berlin officials have reported a sharp drop in burglaries at the end of April, while according to police in northern Bremen “the number of burglaries in apartments and shops is clearly declining.”

In Hamburg, burglaries decreased “massively”, as a spokesman for the police said. “We have about 40 percent fewer cases compared to pre-corona.”

However, criminals in Hamburg have been increasingly breaking into other buildings, such as shops or offices. According to the police spokesman, the number of burglaries of such facilities is around 10 percent higher than before the corona crisis.

As well as a decrease in the number of burglaries, many State Criminal Police Offices have reported a general decline in crime rates compared with the previous year's values.

The Police Office in Saxony stated that there has been a decrease in offences in almost all areas of criminality.

READ ALSO: Crime in Germany at lowest level since reunification

According to the State Criminal Police Office in Stuttgart, the total number of crimes recorded in Baden-Württemberg is declining, with a notable reduction in crimes committed in public spaces due to the restrictions.

In Bavaria, fewer shoplifting and personal injuries were reported to the police and the number of reports of fraud and sexual offences has also decreased.