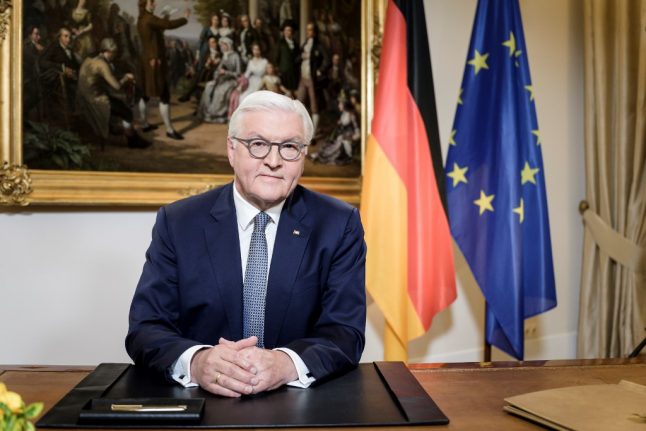 The crisis caused by COVID-19 “brings out the best and the worst in people,” Steinmeier said in a rare televised address.

“No, this pandemic is not a war. Nations are not in conflict with each other and nor are their soldiers. This is a test of our humanity,” Steinmeier said.

Last month, French President Emmanuel Macron had described the fight against the virus was a “war”.

“Let's show other people the best in us. And please show it also throughout Europe”, the German president urged, saying that the country would not be able to emerge healthy and strong from the pandemic unless the rest of Europe could do the same.

“We Germans are not only called upon to show solidarity in Europe, we are obliged to do so!” he insisted.

This year, Europe commemorates 75 years since the end of World War II and the Allied victory over Nazi Germany.

The coronavirus death toll in Germany stands at over 2,700, with the country faring relatively well compared to some of its European neighbours, despite not bringing strict rules to keep people confined to their homes.

Steinmeier said the international solidarity should bring about a global alliance to search for a COVID-19 vaccine. And that “the poorest countries in the world, who are the most vulnerable, should have equal access” to any such treatment.

He paid homage to the “invisible pillars” of German society, such as the supermarket cashiers, bus and truck drivers, bakers, farmers and garbage collectors.