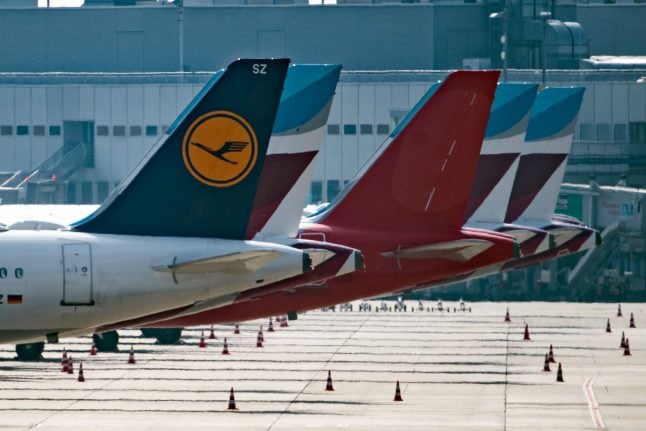 Demand for flights has plummeted as countries around the world close their borders and restrict movement in a bid to stem the pandemic, plunging even large airlines like Lufthansa into an unprecedented crisis.

“Germanwings flight operations will be discontinued,” Lufthansa said in a
statement after a meeting of the group's executive board.

It did not give details about job losses, but said talks with unions “are to be arranged quickly”.

The group, which also owns Eurowings, SWISS, Brussels and Austrian Airlines, said it would decommission or phase out more than 40 of its 763 aircraft in a bid to cut costs.

Lufthansa “does not expect the aviation industry to return to pre-coronavirus crisis levels very quickly,” the statement said.

“It will take months until the global travel restrictions are completely lifted and years until the worldwide demand for air travel returns to pre-crisis levels.”

The shake-up will affect almost all of the group's flight operations.

Lufthansa said the goal was “to offer as many people as possible continued employment within the Lufthansa group”.

German unions representing cabin and cockpit crew had pleaded with.

Lufthansa bosses in an open letter on Monday not to “sacrifice” the Cologne-based Germanwings unit, which employs some 1,400 people, urging a group-wide solution to the current turmoil.

Lufthansa already announced last week that it was placing 87,000 workers —
more than 60 percent of its workforce — on government-backed shorter hours
schemes, most of them German employees.

Around 700 of Lufthansa's aircraft are grounded at the moment as a result of the coronavirus outbreak, and its seat capacity is just five percent of its usual schedule.

Chief executive Carsten Spohr last month warned that “the longer this crisis lasts, the more likely it is that the future of aviation cannot be guaranteed without state aid”.

The group's flight plan has been slashed to levels not seen since the 1950s, Spohr said.

Around the world, the International Air Transport Association has said up
to $200 billion might be needed to rescue airlines.