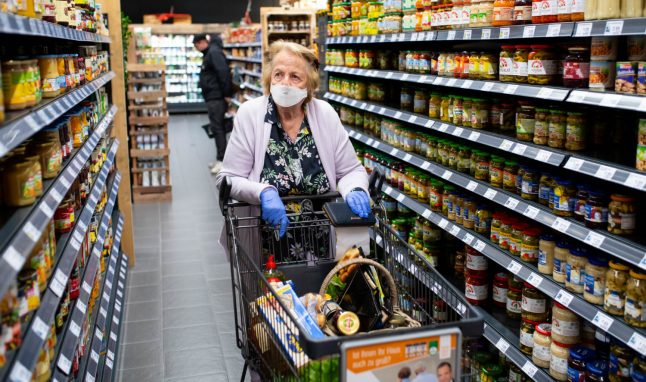 The University of Mannheim has been asking people in Germany how their daily lives have changed since the start of the coronavirus outbreak in a bid to find out the psychological, economic and social effects of the crisis.

Researchers, led by data scientist Annelies Blom, have found that the frequency with which people meet friends has decreased significantly in recent weeks.

Before measures to stem the spread of coronavirus began being introduced in early March, 42 percent of people said they were meeting with other people several times a week. However, between March 25th and 31st that figure had dropped to just five percent.

According to the “Corona Study”,which aims to provide daily reports on everyday life in the time of coronavirus, 69 percent of Germans have now switched to “no longer meeting friends at all” and are following the “social distancing” rules.

Blom told Spiegel: “On the one hand, it is good that people are following the guidelines, but as a social researcher, I am also somewhat concerned about this, because such a quarantine situation can have negative consequences for mental and physical health.”

Meanwhile, 95 percent of respondents to the study said they supported a ban on events, while 92 percent accepted the closure of public institutions.

However, the study found people were much more critical of nationwide lockdowns, such as those seen in Italy, Spain and France.

This kind of action would only be acceptable in Germany for 41 percent of those questioned, the survey found.

“But that could also change with the actual introduction of the measure,” said Blom. “So if it were decided that a general curfew was necessary, the population could change their opinion and then consider it appropriate.”

Surveys carried out between March 20th and 23rd showed that almost 60 percent of Germans were continuing to work regularly “on site” – despite calls for as many people as possible to work from home – while only 21.2 percent have moved to a home office.

Meanwhile, 6.1 percent of those surveyed are now in Kurzarbeit – a measure that sees the government top up the pay of workers placed on shorter hours by their employer – and 12.7 percent have been released from work, either with or without pay.

Researchers are surveying thousands of people online in the representative study to find out how they are dealing with the crisis. They began the surveys on March 20th.

On average, around 500 people take part in the study every day.