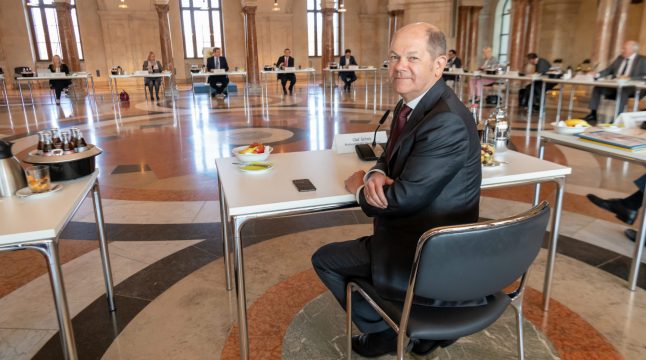 Any EU-wide measures must be “smartly done and well thought-through,” Scholz said.

“A series of decisions that have already been made make this possible,” he added, suggesting resources from the EU budget could be channelled to countries whose health systems or economies are struggling the most.

Scholz's statement comes a week before finance ministers from the 19-country eurozone hold a videoconference to forge a common economic response to the virus crisis.

Last week, a discussion between European Union heads of government revealed deep divisions between fiscally austere northern countries and more economically fragile southern ones such as Italy which want massive help but without fiscal strings attached.

The appeal was followed up Tuesday by a full-page advert in German daily Frankfurter Allgemeine Zeitung from Italian politicians, including the premiers of the Emilia-Romagna and Liguria regions and mayors of towns like Venice and Bologna.

If the EU “does not prove now that it exists, it will cease to exist,” they wrote, urging Germany to make “the right decision” for the “joint issuance of eurobonds”.

Jointly-issued debt has long been a hobby horse for indebted southern EU countries such as Italy, but is fiercely resisted by deficit-leery northern countries, especially Germany.

Fiscally conservative countries like Germany, Austria, the Netherlands and Finland would prefer to see money coming from the European Stability Mechanism (ESM) which offers loans to eurozone countries in difficulty – but usually with strings such as harsh economic reforms attached.

Italy and other highly-indebted nations also fear markets will baulk at the negative impression caused by seeking such assistance.

But ESM chief Klaus Regling told the Financial Times Tuesday that any ESM scheme would have “very limited conditions,” such as a commitment to spend the funds only on measures to fight the virus and associated economic effects.

He argued that a credit line from the ESM would be “reassuring for markets” rather than raise doubts about their creditworthiness.