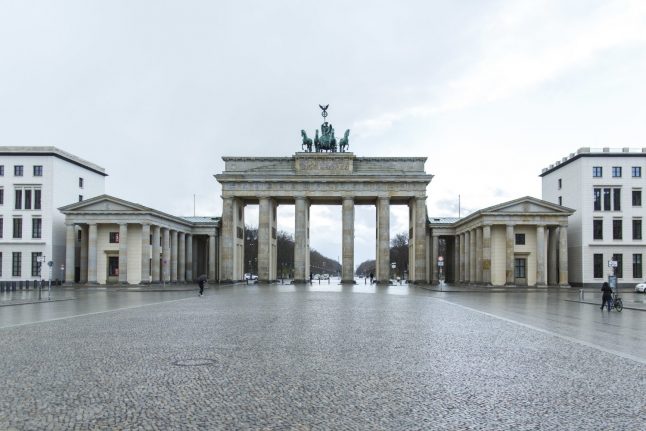 For some citizens in the capital, this week was set off to a rather chilly start as they queued – whilst respecting social distancing recommendations – outside the doctor's office between 6am and 9am.

Across Germany, throat swabs are being taken to test for coronavirus, in addition to blood samples being drawn to detect for antibodies which may have developed to fight the virus. Such antibodies could be used to help make a vaccine. However, some Berliners have decided to ignore government recommendations of staying at home unless necessary to leave or for exercise. This was particularly true over the weekend when the city saw spring highs of 18C and many took to local public spaces. On Saturday, Police officers were seen driving through the popular Mauerpark in a vehicle with a loudspeaker, making announcements that people should avoid sitting in the parks.

The government has limited group meet-ups in public. Gatherings of more than two people outside of the home have been banned in order to control the spread of the novel coronavirus.

Law-enforcement in Munich also faced a similar issue over the weekend, with many citizens taking to the city's parks to enjoy the sunshine. Police patrolling the sprawling English Garden where enforcing the social distancing policies in order to reduce the risk of spreading the virus. The central square of Munich, Marienplatz (pictured above), was desolate and the stop at the local U-Bahn station – one of the most central in the city – was completely empty. Across Germany, initiatives have been developing to help homeless people during the pandemic.

The homeless are particularly impacted by the current crisis as they have nowhere to self-isolate and few opportunities to practice activities such as hand washing or washing their clothes. In Munich, volunteers have founded a scheme for homelessness in the face of the current crisis and anyone is free to make a donation.

The gift fence at the Wittelsbacherbrücke has been nominated as a point that people can drop-off packages. Similarly in Bochum, in North Rhine-Westphalia, the donations for homeless are being organised on a fence by the local football ground, upon which citizens are hanging their packages for those in need.

READ ALSO: How Germany is turning to the South Korean model in coronavirus fight

Even state parliaments across the nation also witnessed variations to the norm due to the virus throughout the week. Armin Laschet, Prime Minister of North Rhine-Westphalia, addressed the state parliament on Tuesday in Düsseldorf, all of whom sat at least two seats apart from each other in order to maintain the 1.5 metre social distancing guidelines. Another take on social distancing – at least seen from the above image – is displayed by paddle boarders in Cologne, getting their daily outdoor fresh air and exercise in a rather creative way.

Social distancing has not been the only method of preventing the spread of the virus seen in Germany. One local market in Hanover put up plastic film sheets at face level in order to prevent the spread of the virus through coughing or sneezing.

Germany has also seen a significant drop in traffic on some of its busiest roads over the past week. Hamburg's most important connecting road between the East and West of the city – Ludwig-Erhard-Straße – has been transformed in a matter of weeks.

The above pictures, which were taken at the same time of day and only three weeks apart, demonstrates the complete change in the traffic flow.

Authorities in Hamburg were also prepared to intensify measures over the weekend. However, it appears that most citizens were respectful of the new restrictions and stayed at home – even in the sunny weather. The central Jungfernstieg on Friday seemed pretty much deserted, other than a scattering of people and police patrolling on horseback.