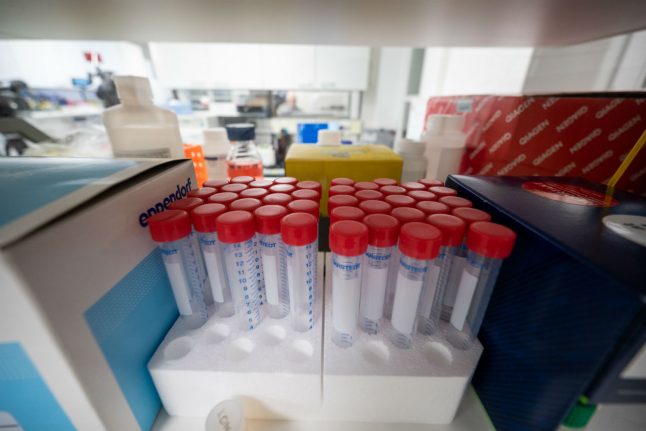 On Monday, the death toll in Germany rose to 541 out of more than 62,400 cases. While the country has a low death rate compared to other European nations hard hit by the pandemic such as Italy and Spain, this is starting to change.

According to virologist Christian Drosten of Berlin's Charité Hospital, an increase in confirmed coronavirus cases in German nursing homes marks a new phase in the outbreak, as infections among the elderly are associated with more reported deaths.

“This is the beginning of a new development,” said Drosten on Monday in the public broadcaster NDR's podcast.

Earlier in the day, it was confirmed that 23 residents – as well as 17 staff members – of a nursing home in Wildeshausen, Lower Saxony had been infected with COVID-19, reported DPA.

So far, Germany has had a bit of luck: Initially, it was mainly younger, sporty people such as skiers who had brought the virus from their holidays and spread it in their networks of roughly the same age, or employees whose workplace contacts could quickly be traced. For the most part, these people experienced a more mild course of the disease.

Yet now Germany's mortality statistics are beginning to rise, said Drosten: they are no longer between 0.2 and 0.4 percent, but in the range of 0.8 percent.

This is due to the fact that other age groups are now more affected by COVID-19. In addition, Drosten said that it is likely no longer possible to increase coronavirus testing – one of the factors which has been attributed to Germany's low death rate – to keep up with the growth of reported cases.

“I do not believe that we can realistically increase our current test capacity significantly,” said Drosten, pointing to the large demand for materials needed to produce the tests. At present, more than half a million of these tests could be done per week in Germany.

Looking at the statistics

Of the deaths in Germany, 66 percent have been men, and 34 percent women, with an average age of 82, according to an analysis by the Robert Koch Institute on March 28th.

The oldest deceased patient was 99 years old and lived in a nursing home in Würzburg. However, the disease has also led to the death of younger patients in their 40s and 50s, such as a 42-year-old man in Berlin who already suffered from a lung disease and the partner of former Berlin mayor Klaus Wolwereit, who died from the disease at the age of 54.

Germany has experienced a nearly exponential spike in its number of confirmed coronavirus cases. While the death rate continues to rise with it, its growth is not as fast – this can be attributed to the fact the age of the average coronavirus patient is 45 years – which Drosten expects to rise rapidly.

Every German state has reported at least one death from the disease, with the lowest number so being in northeastern Mecklenburg-Western Pomerania (one) and the highest in Baden-Württemberg (128), according to the latest figures from the Robert Koch Institute.

The following graph shows the rise in coronavirus cases since the first case was confirmed. An interactive version also lays out the number of new deaths reported per day. 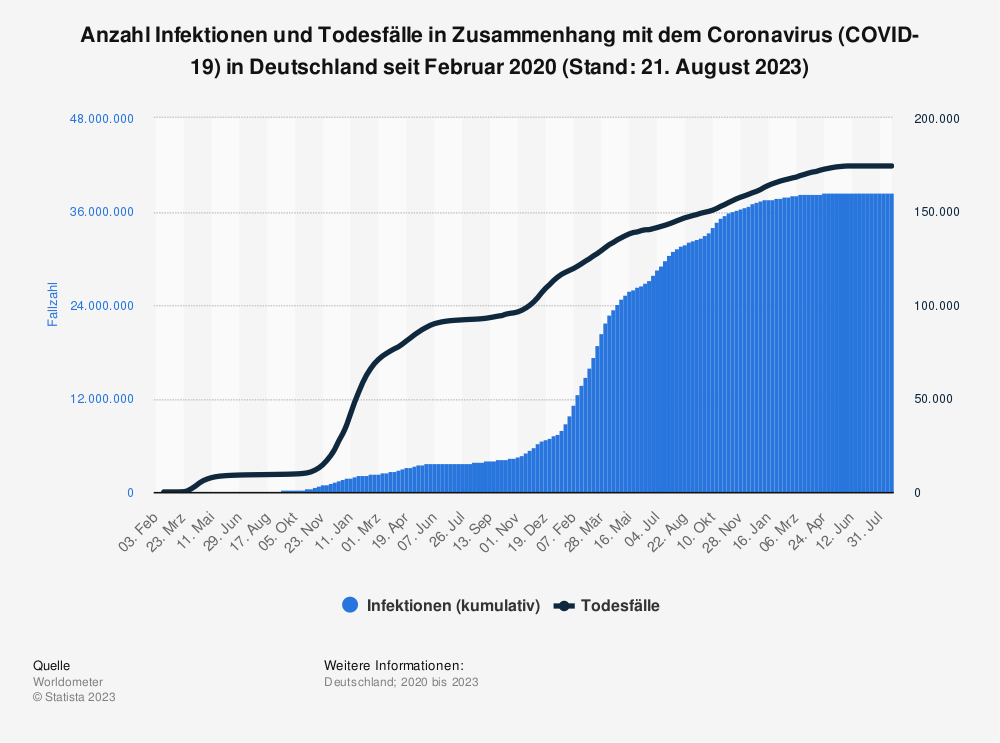 Death rate compared to other countries

Germany's death rate remains far lower than the 7.3 percent in Spain or 5.2 percent in France at the end of last week. But at this point it is still too early to say exactly what's going on.

Countries also follow differing procedures when it comes to testing, and even gathering data.

Besides the large-scale testing, experts in Germany also said that the virus has largely affected a younger, healthier section of the population compared to elsewhere.

At the same time, experts have repeatedly warned that in the country where almost a quarter of the population is over 60, the number of deaths could still skyrocket if people do not stick to measures to help halt contagion.

Lockdown measures are in place across Germany, preventing people from leaving their homes except for essential trips, while most shops, restaurants and bars are closed.

A slowing number of cases.

Initially, the number of infected people in Germany doubled every two days, which has now slowed down to every four to five days, reported Welt on Monday. Yet authorities don’t yet see this as a reason to loosen national measures – which mandate non-essential store closures and no more than two people being together outside at once.

“We have to achieve a lot more days through our measures, and we have to move towards the numbers doubling every ten days,” Merkel said at the end of last week.

In an internal meeting on Monday morning, the Christian Democratic (CDU) leadership also affirmed that the country would only be on the right track when the “doubling time” of infected people stood at 10 days.