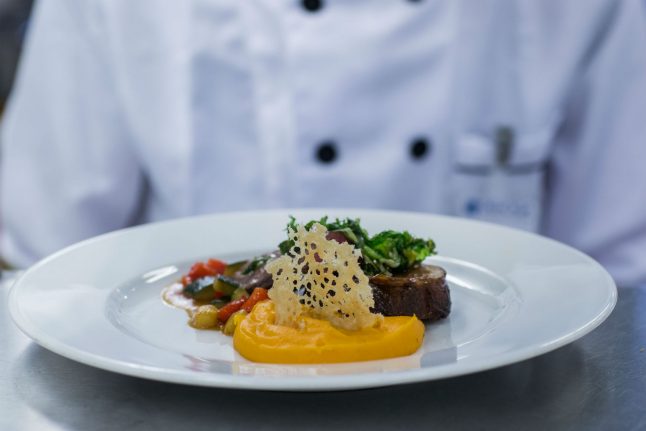 With measures to contain the coronavirus becoming increasingly strict in the German capital, customers were no longer coming and chairs were stacked on tables for the final time.

But then owners Maximilian Strohe and Ilona Scholl had an idea. With thousands of healthcare workers finding it difficult to access healthy food, why not prepare and deliver free meals for them?

“We thought about it: People are working 18-hour shifts and falling asleep at their desks or in the waiting room,” Scholl told AFP. “How are they being looked after? How do you make sure that they are fed and stay healthy as long as possible?”

The restaurant owners spoke to their supplier, who happened to have a lot of fresh ingredients languishing in warehouses as so many restaurants and delivery services shut down.

They received a large donation of meat and vegetables and got cooking, posting a message on Facebook offering gourmet take-outs for frontline workers. They also launched a crowdfunding campaign on Monday to carry out the project for at least the next couple of months.

“Our idea was to cook the ingredients for people who are on duty 24 hours a day,” Strohe said.

The dishes whipped up for the healthcare workers were far from Tulus Lotrek's 150-euro eight-course tasting menu which includes such delicacies as pigeon with juniper wood and fermented honey, and beetroot with coffee and tarragon.

But the medical staff were happy with the hearty canteen-style stews that the Michelin starred restaurant was now whipping up for them.

Strohe and Scholl have already received a big order from a local hospital, as well as enquiries from several smaller practices in the area.

They included dentist Dana Weigelt, who ordered a batch of meals for herself and her staff.

“There was a Facebook call and then we got in touch and are very grateful for such a great action,” she said.

“The (pressure) is very high. Especially for dental surgeries, because we work 20 centimetres (eight inches) from the patient and are actually playing Russian roulette. But we must not close the practices either.”

Tulus Lotrek posts on Instagram about their new crowdfunding campaign, which was launced on Monday, to continue cooking for healthcare workers.

With the coronavirus contagion far from abating in Germany, pressure on health workers has skyrocketed over the past week.

Confirmed cases reached over 24,000 on Monday, although exact estimates vary. Health Minister Jens Spahn has said regulations will be eased for employees in medical services to help in hospitals, to take the pressure off qualified nurses and doctors.

Germany is even planning to mobilise tens of thousands of reservists to help fight the pandemic.

At the same time, sweeping measures have been introduced to restrict public life.

Only shops deemed as essential are allowed to stay open, with all restaurants in the capital closed as of Sunday.

Chancellor Angela Merkel's government on Sunday decided against full nation-wide lockdown, as the states of Bavaria, Saarland and Saxony has already enforced. Instead they decided on a strict set of measures, including only allowing two people at a time to be outside together.

Faced with the toughening restrictions, some in the food and beverage sector are developing innovative ways to keep their customers, including a bar in Bavaria that is offering to send “emergency cocktails” with “ice packed separately”.

In Berlin, Strohe and Scholl are already planning to expand their scheme, having received enquiries from several other suppliers who don't know what to do with the ingredients piling up in their warehouses.

“Of course it's not easy,” Scholl admitted. “Especially when we don't know how life-threatening it is and whether we will be able to open again in three months.”

But they want to use their skills to help in the best way they can.