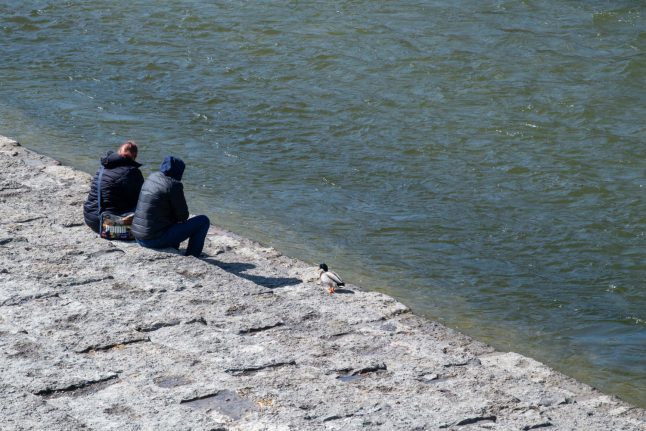 “Our own behaviour is the most effective way” of slowing the rate of infection, Merkel said of the unprecedented nationwide measures, which are initially slated to remain in force for two weeks.

The new restrictions were agreed on by Merkel and the leaders of Germany’s 16 states in a telephone conference on Sunday.

“Staying in public places is only permitted alone, with another person not living in the household or with members of one's own household,” their resolution stated.

As of Sunday evening, there were a total of more than 24,000 confirmed coronavirus cases in Germany, with more than 90 deaths.

The stricter measures are intended to prevent a rapid spread of the virus so that the health care system will not be overloaded and intensive care beds in hospitals remain free for seriously ill infected persons.

According to Merkel, people in Germany are required to reduce contact with other people outside the members of their own household to an absolutely necessary minimum.

In public, wherever possible, a minimum distance of at least 1.5 metres must be maintained from people other than relatives from their own household. The politicians opted for these rules in lieu of a strict lockdown, which has already been put in place by other European countries such as France, Spain and Italy.

On Friday, the states of Bavaria and Saarland decided to enforce lockdowns, with Saxony also opting for a curfew over the weekend which goes into effect on Monday. While the specifics of each curfew vary, they don’t permit leaving the home except for essential reasons.

The nationwide restrictions allow people to leave the house for activities they need to do.

“It is possible to go to work, receive emergency care, go shopping, visit the doctor, participate in meetings, necessary appointments and examinations, do individual sports and exercise in the fresh air – as well as other necessary activities,” reads the resolution.

Groups of people celebrating not only in public places, but also in apartments and private facilities are unacceptable, said Merkel.

Police will fine those who are caught breaking the restrictions, said Merkel, without specifying the amount.

Cafes, restaurants and pubs are to be closed nationwide but takeaway will be allowed. “Catering establishments will be closed,” the resolution states. The delivery and collection of take-away food for consumption at home remains permitted.

Merkel appealed to citizens' “reason and empathy” in implementing the  contact restrictions, saying she had been “very moved” by how closely people  had stuck to less stringent measures implemented in recent days.

“That's how we can save lives,” the chancellor recalled.

“It's of vital, vital importance to obey the rule” to remain at least two metres away from other people, Merkel said, adding “at that distance the risk  of infection is close to zero.”

Asked if she too was respecting the distancing requirements, Merkel said  “my life has fundamentally changed and mostly consists of telephone and video conferences”.