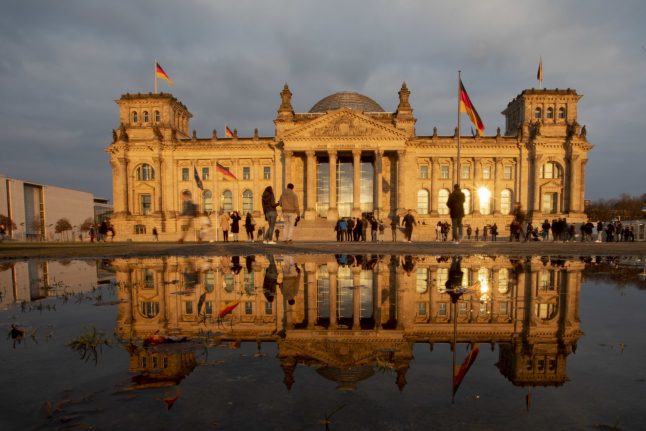 The money will go to fund the country's fight against the coronavirus pandemic, according to a draft bill seen by AFP Saturday.

To finance the extraordinary measures ranging from partial nationalisations to credit guarantees to salary top-ups for workers forced into part-time, the government will also shed its debt averse attitude.

Not only will Merkel's government drop its dogma of keeping the budget balanced, it will go a step further to seek permission from parliament to raise the legal limit on its annual borrowings.

Merkel's government will seek to borrow 156 billion euros for 2020, a sum that exceeds a constitutional limit by 100 billion euros.

Faced with the coronavirus pandemic which has brought all travel to a standstill, forced employees into working shorter hours and left most shops shut, Merkel has vowed that Germany will do whatever it takes to preserve its economy.

“We will do what we can to get through this situation well, and we will see at the end of that where our budget stands,” she had said last week, stressing that ending the virus crisis “comes first”.

With public life all but shut down, the government expects 33.5 billion euros less tax intake than previously budgeted in its 2020 accounts.

“The economy and the job market are severely impacted by the measures taken nationally and internationally to curb the pandemic,” according to the document seen by AFP.

“In the current situation, the duration of the pandemic and the measures tied to it are not predictable.”

To ensure that businesses do not go under, the government is earmarking 400 billion euros to underwrite their debt or offer recapitalisation that could lead to partial state takeovers, according to the draft bill.

The plan is to be debated by the cabinet on Monday before it is put before parliament later in the week.

Operators in the tourism and service industries are among likely candidates for state help, as they count among those hardest hit by the pandemic which has put much of Europe in lockdown.

Tourism and hotel group TUI has said it was applying for state aid to keep it afloat, as it suspended the “majority” of its operations over the virus.

German airline giant Lufthansa meanwhile has been forced to scrap most of its flights in coming weeks as several countries including the United States ban travellers from Europe.

Germany's so-called “debt brake” was written into its constitution in 2009, and limits a federal budget deficit to 0.35 percent of GDP.

The limit can be exceeded only in emergencies, for instance in natural disasters or other extraordinary situations that significantly impact the country's finances.

Beyond the “debt brake”, keeping the budget of Europe's biggest economy balanced is a key campaign promise of Merkel's party.

The self-imposed dogma of maintaining a “black zero” has been a constant source of friction with other European countries, including France, which argues that Germany should invest more to help the eurozone bolster its economy.