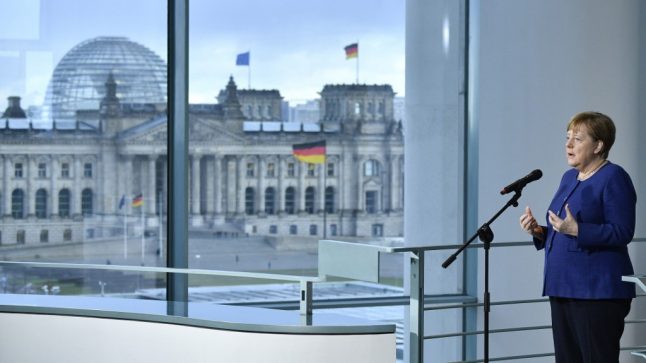 Chancellor Angela Merkel said the measures “are unprecedented in the  history of the German government”, and repeated that Berlin would do “whatever is necessary” to tackle the fallout from the pandemic.

“There is no upper limit to the credit offered by (state-owned development bank) KfW, that's the most important message,” said Finance Minister Olaf Scholz.

The guarantees, the equivalent of $614 billion, were just “for starters”, said Economy Minister Peter Altmaier.

“We promised that we will not fail because of a lack of money and political will. This means that no healthy company, no job should find themselves in trouble,” he said.

“We will reload our weapons if necessary,” added Altmaier.

The ministers also signalled that Berlin has enough funds in its treasury for a long battle.

“If it lasts longer, we can go on longer,” said Scholz.

The message to companies is that: “You can be courageous, the risks will be carried by us,” he said.

The package, even in its first stage, is bigger than the 500 billion-euro help offered by the German government during the 2008 financial crisis.

Chancellor Angela Merkel had on Wednesday vowed to do what it takes to tame the coronavirus crisis, signalling she was even ready to suspend the cherished dogma of keeping Germany's budget balanced.

“It is an extraordinary situation, we will do what's necessary and luckily Germany is relatively robust… we will do what we can to get through this situation well, and we will see at the end of that where our budget stands,”
she said, stressing that ending the virus crisis “comes first”.

Scholz stressed that, due to having a budget surplus, the state could now do “what is now necessary” to provide security to companies and their workers.

“We show that we are stronger than the problem we face,” he said. The aid programmes through KfW help small, medium-sized and also large companies.

After six deaths and the number of infections reaching 2,369 in Germany, Merkel on Thursday urged organisers of all non essential events gathering less than 1,000 people to cancel them.

With the crisis showing no signs of abating for now, Germany is rushing through new regulations to allow more employees forced into shorter working hours to qualify for compensation.

Merkel's government had also already agreed to boost investments by 3.1 billion euros per year between 2021 and 2024.

The total hike in investments totalling €12.4 billion will be entirely funded by 2019's budget surplus, the coalition had announced on Monday after overnight talks.

Deka Bank chief economist Ulrich Kater said Friday's guarantee package is a “whatever it takes from the government”.

“Like how the ECB acted correctly during the eurozone crisis, the government is now doing the same in the coronacrisis,” he noted, saying that the measures to help particularly small and medium-sized companies through the crisis are “absolutely sensible”

“This is just the news that can stop the downward spiral.”

READ ALSO: Merkel calls for social contact to be avoided where possible