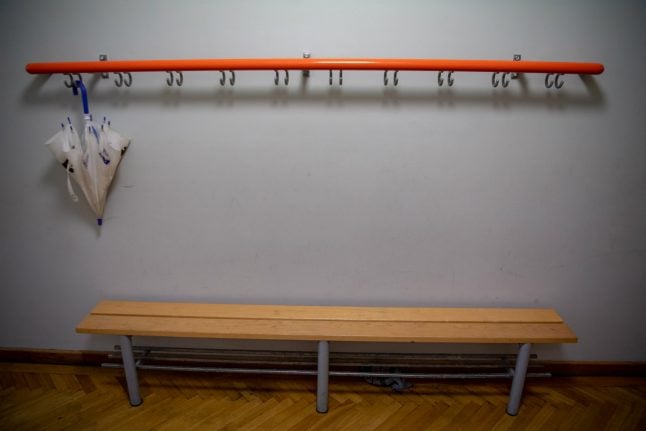 As the number of people confirmed to have coronavirus increases, the German government has urged states to step up the fight against the spread of the virus.

The states of Bavaria, Berlin, Saarland and Lower Saxony announced they are to shut their schools from Monday March 16th until after the Easter holidays which end on April 20th.

On Thursday Merkel’s party, the Christian Democratic Union, (CDU) announced its scheduled conference would be postponed and not take place on April 25th as planned due to the coronavirus outbreak. It throws the race for a new party leader into uncertainty.

Meanwhile, several German states, including North Rhine-Westphalia, the most populous and the worst-hit coronavirus region in Germany, announced that events with more than 1,000 participants would be cancelled due to the crisis.

Sporting fixtures are being played in empty stadiums, while many nightclubs are closing and concerts are being cancelled.

There have also been several school closures in affected areas but the government is keen to avoid nationwide closures.

Here’s a more detailed look at how states and cities are affected. But if you're in any doubt contact the institution or event organiser where you live for more information.

READ ALSO: What restrictions are there on daily life in Germany?

In Berlin, the start of the summer semester will be postponed initially by a week in all universities.

The capital's mayor Michael Müller announced that the start of the semester is now scheduled to begin on April 20th and if needed, it will be postponed further.

Lecturers and students at universities are requested to go into self-isolation for two weeks if they have been in a high risk area as designated by the Robert Koch Institute after they arrive in Germany. Business trips by university employees to high-risk areas are no longer permitted.

On Friday March 13th the state announced all schools would be closed until April 20th.

When it comes to transport, bus passengers are now only using the back door of BVG buses. The front door, near where the driver sits, is cordoned off in a bid to protect the health of employees.

Meanwhile, a host of events have been cancelled or put on hold until after April 19th, including at the renowned Berlin Philharmonic, Deutsche Oper and Komische Oper.

The Maxim Gorky Theatre is closing its large stage while the Friedrichstadt Palace has also cancelled performances.

Berlin's famous Berghain nightclub also announced on Wednesday that it was closing its doors until April 20th. Other clubs may also cancel events; however, bosses have raised fears over how they will keep business afloat.

On Wednesday it was announced that the Myfest or May Day Festival would be cancelled as well as the Karneval der Kulturen on May 31st, signalling that disruption could last a lot longer. Organisers of smaller shows in locations holding up to 500 people have to decide individually if their events will go ahead, in accordance with guidance given by the federal disease control centre Robert Koch Institute, at least at this stage.

From Monday, no more groups of visitors will be given tours of the Reichstag building and the government complex in the capital. No visitors will be allowed until at least the end of April.

The accessible dome and the roof terrace of the Reichstag building were closed to guests on Wednesday and that will continue for the time being.

As well as a host of cancelled events, on Thursday, March 11th more than 100 schools in Bavaria were closed.

The Association of German Secondary School Teachers, among others, urged for all schools in Bavaria be closed immediately across the board due to the danger of the spread.

Bavaria announced Friday March 13th that all schools would be shutting until after the Easter holidays.

The state has also issued a ban on people visiting nursing and old people's homes.

READ ALSO: Germany urges events with more than 1,000 people to be cancelled due to coronavirus

In Baden-Württemberg, the start of the summer semester at all universities has been postponed until after Easter because of coronavirus.

The state has also banned events with more than 1,000 people.

The Nationaltheater will not sell all of its 1,200 seats in its opera house to stay below the recommended maximum. The Staatstheater Karlsruhe is taking a similar approach.

Lower Saxony is tightening precautionary measures for children as well as people with disabilities and the elderly.

According to new rules, people who have returned from a high risk area in the past two weeks are now subject to entry bans to several institutions, health minister Carola Reimann said in Hanover.

This includes day-care centers and children's homes, schools, hospitals, old people's and nursing homes as well as universities and state education centers, as well as institutions for people with disabilities.

“The goal is to slow down the spread,” said Reimann.

In North Rhine-Westphalia, the city of Bonn has cancelled its Beethovenfest planned for next week.

There were 10 events planned between March 13th and 22nd, a spokeswoman said on Wednesday. Ticktes will be refunded. Bonn is celebrating the 250th birthday of the composer this year.

The Bochum musical “Starlight Express” has reduced the number of guests. For the time being, there will be no events with more than 1000 people present. In the order in which bookings were received, the surplus guests will now be contacted and asked to rebook for another date.

Several major events in Rhineland-Palatinate have been cancelled due to the novel coronavirus, including concerts by the Koblenz Music Institute.

The Rhineland-Palatinate Day will not take place this year either. The fest was due to take place in Andernach (in the Mayen-Koblenz district).

For the time being, groups of visitors are also not allowed to enter the state parliament in Mainz.

Saxony has banned large events with more than 1,000 people. In addition, private as well as public events and gatherings of more than 200 people must be reported in Zwickau, the district office announced.

The city of Halle in Saxony-Anhalt will close all day-care centres and schools from this Friday. This applies initally until March 27th. Until the end of the Easter holidays, the state parliament in Potsdam will also remain closed to visitors and there will be no public events.

Saarland also announced all schools would be closed until April 20th.

In Potsdam the Tulip Festival has also been cancelled.

Meanwhile, some event programmes for the 75th anniversary of the end of WWII are being reduced, including at the Sachsenhausen and Ravensbrück memorials. The Brandenburg Memorials Foundation has cancelled numerous dates, too.

In the Hanseatic city of Rostock, the spread of the virus has led to cancellation of events, including the reception of the Rostock Business Development Agency in Warnemünde, which was planned for Wednesday evening.

The British singer James Blunt performed in Hamburg's Elbphilharmonie on Wednesday evening in front of empty seats. In view of the current situation, bosses decided to let the concert take place without spectators. However, it was broadcast as a livestream free of charge on the Internet. In most of Germany's states, the written Abitur examinations are due to be held in the next few weeks. However, now that more school closures are happening it's unlikely they will go ahead.

The ministers of education and cultural affairs of the states want to have an “intensive discussion on how to deal with coronavirus” at the Conference of Ministers of Education and Cultural Affairs (KMK) in Berlin on Thursday and Friday, KMK President Stefanie Hubig (SPD) told the newspapers in the Funke Media Group.

North Rhine-Westphalia reportedly has an emergency plan which says that students who cannot do their Abitur exam due to quarantine regulations will have to take the exams on another assigned date.

In addition, teachers should provide teaching material, for example digitally or by post, to ensure a fair examination procedure.

Meanwhile, across Germany various school trips and class trips are being cancelled until at least after the Easter holidays in April.