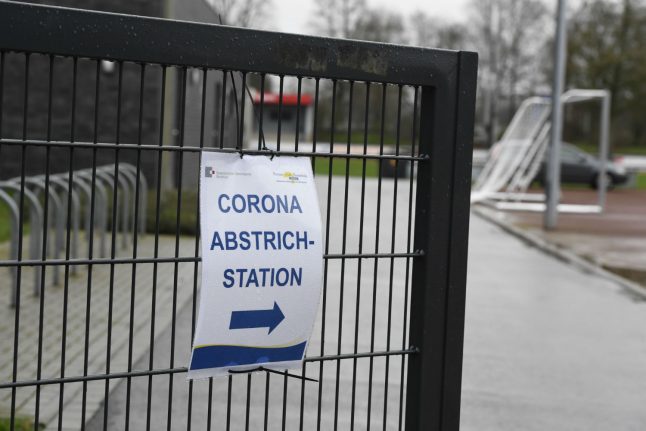 This story may be out of date. Please refer to our latest coverage on the coronavirus here.

The number of coronavirus deaths in Germany continue to rise, albeit at a far slower rate than elsewhere in Europe.

In France the number of deaths are rising by around 100 each day while in Spain they top 1,700. Both countries have higher death rates compared to Germany.

The discrepancy is confusing to many: all three countries are ranked as healthier than Germany, according to Bloomberg's Global Health Index. Yet the rationale for a lower mortality rate, experts say, could lie within structural differences in Germany.

Other countries in Europe have reported several deaths – why have there been fewer in Germany?

There could be several reasons for this.

Of the confirmed coronavirus cases across Germany, so far most of the identified infections are said to be mild. This could go some way to explain why there have been fewer fatalities so far in Germany.

Most people have mild cold symptoms with shivering and a sore throat, or no symptoms at all. A total of 15 out of every 100 infected people fall seriously ill, according to the Robert Koch Institute.

On Monday Health Minister Jens Spahn said during a press conference earlier in March that about 80 percent of the infections recorded in Germany have been mild.

That means that in Germany it's been less common for the infection to take a severe course, causing pneumonia in patients.

READ ALSO: Analysis – why have there been so many coronavirus deaths in Italy?

Of course, in such cases, intensive medical treatment is necessary, said Spahn.

That's why authorities say it is so important that a sufficient number of intensive care beds are available in Germany and that artificial ventilation is there for those who need it.

Earlier this week, Christian Drosten, virologist at the Charité Berlin, put forward two reasons as to why the death rate in Germany was low.

Firstly, he said, the situation in Germany was quickly picked up on. Secondly, he said: “Germany is in the lead as far as diagnostics are concerned.”

This is mainly due to the fact that established, widespread laboratories can diagnose the virus.

Drosten previously told German daily Watson that there were structural reasons on the low fatality rate, mainly because tests have been available through Germany’s statutory healthcare since January.

He said: “Our laboratories are technically very well equipped, our regulations for the introduction of new test procedures are very flexible and our statutory health insurance association already introduced a code for these tests in January, which means that (insurers) are financially supported.”

It should also be noted that many of those who've been infected have been in younger age groups – people returning from holidays and working age people.

Coronavirus tends to hit elderly people and those with underlying health conditions harder.

However, the high numbers of infections would suggest that efforts to contain the virus haven't been successful despite fewer fatalities compared to other countries.

Is there anything particularly unique about the situation in Italy?

Furthermore, Germany hasn't taken the type of widespread action seen in countries such as Italy, which has aggressively tested for the virus since the start of their outbreak, including with post-mortem tests, even in those not known to have the virus.

An analysis of the first 104 deaths in Italy has shown that more than two-thirds of the deceased suffered from at least two or more life-threatening pre-existing conditions.
The large number of coronavirus cases led Italy on Sunday to impose a ban on all but essential movement throughout the country – which some feel could set an example for Germany as the situation worsens.
Are experts predicting that more people will die in Germany?

Yes. At a press conference Drosten spoke of an “absolutely serious situation”.

When it comes to coronavirus, as is the case with influenza, the groups most at risk are elderly people over the age of 65, and those with underlying health conditions.

According to statistics Germany has the highest median age (46.8) in Europe.

“We must do everything we can to protect these people,” said Lothar Wieler, President of the Robert Koch Institute on Monday.

How prepared is Germany?

Despite there being few fatalities, the high number of cases in Germany would suggest that it's been difficult to contain the outbreak.

Germany hasn't taken the type of widespread action seen in other countries like Italy and Switzerland, such as sealing off towns or cities or imposing travel bans.

However, a bid to slow down the spread of the virus as much as possible, gatherings of more than two people are now banned. The entrance to the Hannover Messe. Photo: DPA

Big events have long been cancelled.

For the first time on Tuesday, March 10th, it was announced that a Bundesliga game was to be played behind closed doors. The state of Bavaria also official banned gatherings of more than 1,000, and recommended cancelling those between 500 and 1,000. North Rhine-Westphalia also said it planned to follow suit.

Berlin called for the cancellation of large cultural events at its theatres, operas and concert houses until April 19th to prevent further infections.

The Health Minister added: “We must slow down the outbreak so that our health system can continue to function.”

Spahn says Germany is well prepared and is continually analysing the situation.

He has said that the government is updating its medical guidelines to make sure that overstretched health workers concentrate their efforts “on the most acute” cases if the outbreak worsens.

That could also mean that non-urgent surgeries would be postponed, he said.

Meanwhile, there are controls in place for people arriving from the worst-affected areas in the world, but no entry bans. However, a handful of countries have banned or severely restricted travellers from Germany from entering.

READ ALSO: Coronavirus: These are the countries banning or restricting travellers from Germany

The situation is still very new

It's still too early to come to any conclusions. President of the Robert Koch Institute, Wieler, has said that the mortality rate difference between Germany and Italy will not necessarily stay this way.

“We will of course have deaths in the older population in Germany,” said Wieler at a joint press conference with Health Minister Jens Spahn earlier this week.

In Italy, he said, older people who were already seriously ill had often been tested for the virus – whereas testing in Germany had not been as aggressive.

This story is reporting on an ongoing situation which is constantly changing. Continue to follow The Local's ongoing coverage of the coronavirus outbreak in Germany as well as its neighbours in Italy, France and Switzerland