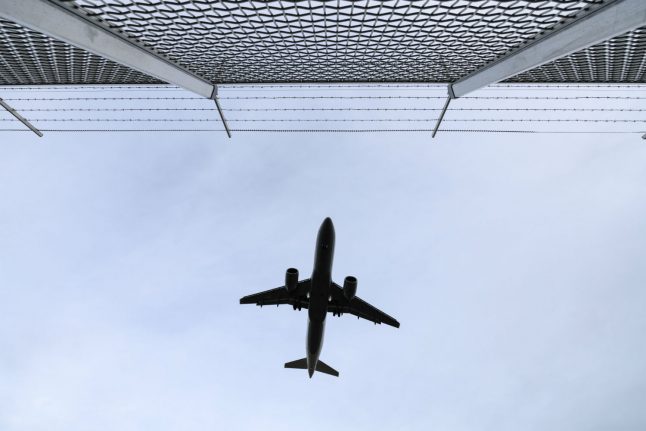 As of Sunday, March 15th, Germany is also closing its borders with five countries: Switzerland, Austria, France, Luxemburg and Denmark staring on Monday.

The following is a list of countries which have already imposed travel bans or restrictions on travellers from Germany.

Italy: A strict restriction on free movement has been in place in the region of Lombardy and other northern Italian provinces since Sunday, initially until April 3rd.

READ ALSO: Coronavirus: Should you cancel your trip to (or from) Germany?

From Tuesday, around 60 million Italian citizens throughout the whole country must stay at home as far as possible and internal trips are permitted only in a limited number of cases.

However, Germans are still able to travel in and out of the country and in Rome, for example, German passengers are given “exit cards” to fill out with their address, phone number and flight number so that they can be easily tracked down in the case of an emergency – for example if another passenger tests positive for coronavirus.

United States: Starting on Friday, March 13th, foreign nationals from the Schengen Area will not be allowed to travel to Germany for 30 days. Permanent residents of the US are not affected by the ban as are certain family members such as their children.

READ ALSO: Coronavirus: What you need to know about Trump's US travel ban?

Israel: From Thursday evening (March 12th), tourists are no longer allowed to enter the country, unless they can prove that they can stay in quarantine conditions for 14 days. This measure will initially be in place for two weeks. The procedure, which already applies to Germans and some other foreigners, now affects all travellers.

Australia and New Zealand: Both has ordered all new arrivals, including citizens and permanent residents, to self-isolate for 14 days upon entry starting on midnight, March 15th.

Turkey: On March 14th, Turkey said it was banning travellers from nine European countries, including Germany, France and Spain. Travellers from other countries who had been in one of these places in the last 14 days, would also not be allowed in through the ban, which is currently in place until April 17th.

Czech Republic: The Czech government said Thursday, March 12th, that it had declared a 30-day state of emergency, closing the borders for people from 15 “risk countries”, including neighbouring Germany, to stem the spread of the novel coronavirus.

China: For travellers from Germany there are no general quarantine requirements so far. However, the country’s Federal Foreign Office advises that such measures should be expected for those entering China.

Decisions on isolation measures are taken by different authorities at different levels and can also vary within a city. In the special administrative zone of Macao, for example, travellers who have been in Germany for the past 14 days must be under medical observation for two weeks.

Denmark: The Danish border will close at midday on Saturday March 14th and remain closed until April 13th, the government said. All passenger traffic to and from Denmark will be stopped, and people will be turned away at the border if they don't have a legitimate reason to be there, ie. if they are not citizens or residents. India: India has declared all tourist visas invalid for one month due to the coronavirus. Only travellers who are already in the country are allowed to stay, the Indian Ministry of Health said late Wednesday evening. For the time being, the entry ban is to last from March 13th until April 15th.
The day before, India had already imposed an even stricter entry ban on German citizens and declared all visas invalid. The ban also affects business travellers and Germans residents in India who are currently not in the country. Only visas of Germans who have already entered India remain valid.
Poland: Starting on Sunday, March 15th, the country said it would ban foreigners from entering and require its returning citizens to undergo a 14-day quarantine.
Cyprus: Anyone travelling from Germany to Cyprus should expect to spend 14 days in quarantine because of the coronavirus. The measures also apply to travellers from Greece, France, Japan, Spain, Hong Kong, the United Kingdom and some regions of China.
A 14-day quarantine under medical supervision has even been ordered for travellers from Italy, South Korea and Iran. So far, three people on the tourist island have been diagnosed with the coronavirus.
Russia: Anyone travelling from Germany to Moscow must self-quarantine for two weeks. After arriving in the Russian capital, travellers must contact a special hotline. The measures thus far only apply to Moscow.

Bhutan: The kingdom in the eastern Himalayas has initially banned all foreign tourists from entering the country, after an American tourist tested positive for Covid-19. He was the first confirmed case in Bhutan.

Nepal: As of Tuesday, the Asian country will no longer be issuing visas for Germans arriving in the country. German travellers must apply beforehand via the Nepalese embassy and submit a negative Covid-19 test along with the application.

Kazakhstan: From Thursday, March 12th, onwards, foreigners from Germany, Spain and France are prohibited from entering the ex-Soviet Republic in Central Asia. Kazakh citizens entering the country from these countries will have to undergo a two-week quarantine.
Maldives: Entry or exit to two resort islands and one island inhabited by locals is temporarily forbidden, due to some suspected cases.

El Salvador: All travellers who have been in Germany 30 days prior to arrival will not be allowed into the Central American country.

Uganda: Travellers from Germany to the East African Country must quarantine themselves for two weeks on arrival. Those who don’t comply, are forcibly taken to an institutional quarantine.

Jordan: Starting on March 16th, travellers from Germany, France and Spain will no longer be allowed to travel to the Middle Eastern country – and Jordanians will not be allowed to visit these countries for the time being.

Liberia: A 14-day quarantine in a state observation centre in the West African country is compulsory for those arriving from Germany.

Kiribati, Marshall Islands and Samoa: The Pacific island states have imposed an entry ban on travellers from Germany.