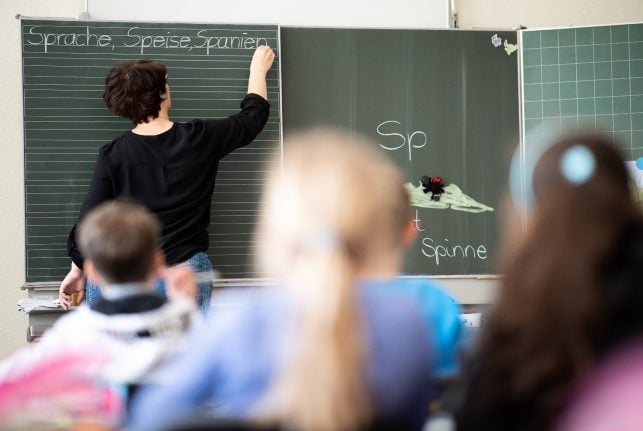 A teacher writes on the board for an elementary school class in Baden-Württemberg. Photo: DPA

German children used to hope for Hitzefrei – a term for school cancellation due to extreme heat, the opposite of a snow day.

This year, a new type of school closure is becoming more common: In the wake of the Covid-19 pandemic, dozens of schools in Germany are temporarily closed.

READ ALSO: Coronavirus: What restrictions are there on daily life in Germany?

The impact is much greater elsewhere. Worldwide, tens of millions of children are already missing classes.

Years from now, kids might reminisce about the year 2020, when coronavirus shut down their schools for days or even weeks.

The downside? Experts are by no means in agreement that large-scale school closings make sense to contain the coronavirus

In Germany, officials currently apply this rule: as soon as a confirmed case affects an educational institution, temporary closure follows. The Bavarian Ministry of Health officially enforces this rule.

In Munich, travellers coming back from at-risk areas – for example northern Italy – are not allowed to visit a school or daycare centre for 14 days.

Early data analyses show that, unlike regular flu, children are probably not significant drivers of the spread of Covid-19 – also referred to as Sars-CoV-2 or coronavirus – throughout communities.

According to the World Health Organization (WHO), it is safe to anticipate that children infected with coronavirus will often not develop clear symptoms. Therefore, they say we can assume children mainly contract it from adults, but adults rarely catch it from children.

“School closures can make sense if hygiene measures cannot be guaranteed,” said virologist Ulrike Protzer from the Technical University and the Helmholtz Zentrum, both in Munich.

“But you have to consider the enormous impact on the economy, especially on the health system. Young parents can no longer go to work because they have to look after their children.” A school compound in Rhineland-Palatinate is closed due to a coronavirus infection among the teachers. Photo: DPA

When discussing measures like quarantine, school closures and event cancellations, it is important to understand that these procedures are not enforced because the virus is extremely dangerous.

In fact, many people who are not in at-risk groups can fight the infection.

“They're really meant to slow the spread,” explained Protzer. “If we have a virus that infects 100 percent of susceptible people, it spreads very quickly.”

As a result, the healthcare system could become overloaded, making it harder for those with serious complications to get treatment.

“Even if we say we are going to close a school, it's not because we're afraid the children will get sick,” Protzer said. “It's about curbing the spread of the virus.”

The spokesman for the board of the German Society for Hospital Hygiene (Deutschen Gesellschaft für Krankenhaushygiene, or DGKH), Peter Walger, agreed that school closures might not be the best course of action.

The problems that would arise from the childcare required would not be in proportion to the benefits, Walger said. He also pointed out that parents would be forced to stay at home, creating larger consequences in the community.

“It is not worth closing schools,” Walger said. Kids walk near their elementary school in Frankfurt. Photo: DPA

The Bavarian State Office for Health and Food Safety (Bayerische Landesamtes für Gesundheit und Lebensmittelsicherheit, or LGL), however, does not agree, saying closures have the potential to contain the epidemic.

There are new findings that show children are as easily infected as adults. In a recent study, researchers came to the conclusion that children may become infected as often as adults – but only very rarely get sick.

It is still unclear why children are apparently better able to ward off a Sars-CoV-2 infection.

“The question is currently open as to whether children can transmit the virus to other people as effectively as adults,” said the LGL. The extent to which children without symptoms pose a risk of transmission cannot currently be answered with certainty, DGKH spokesman Walger also said.

Contagious or not, for more and more children the next few days will probably remain school free because of Sars-CoV-2.

The German Teachers' Association (Deutsche Lehrerverband, or DL) estimates that around 100 schools and daycare centres across Germany are currently affected by closings on a daily or weekly basis.

“But this is an estimate that in reality could grow at any time,” said DL President Heinz-Peter Meidinger.

According to Meidinger, the Teachers’ Association opposes nationwide school cancellations, or so-called “Corona-Holidays,” because the measure would only be effective if it was accompanied by the closure of all companies, workplaces and restaurants.

Communities might also need to enforce curfews and shutting down local and long-distance public transport.

And even then Meidinger says the question would remain, “What happens with the corona-closures, if, after two weeks, new infections keep increasing? Do you extend the closures again and again, in the face of enormous consequences for final exams and school work?”

Therefore, his position is this: “At the present time, the DL thinks little of widespread school closures as an effective, isolated measure.” 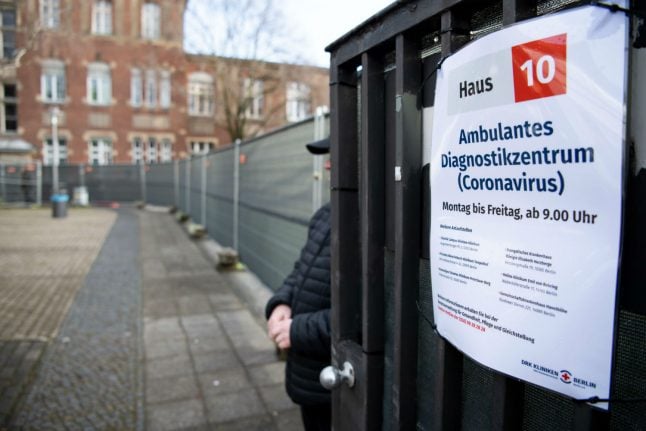 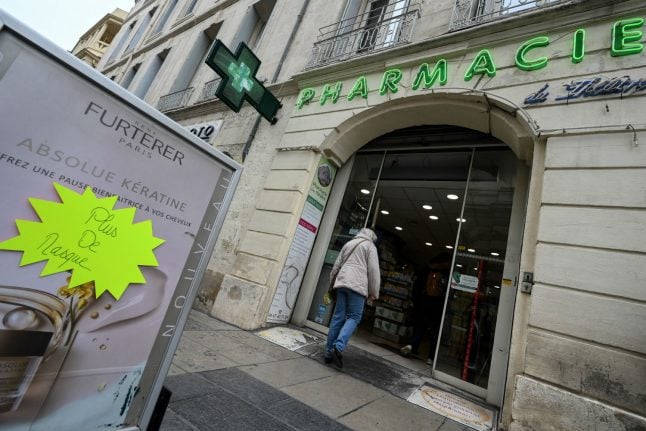